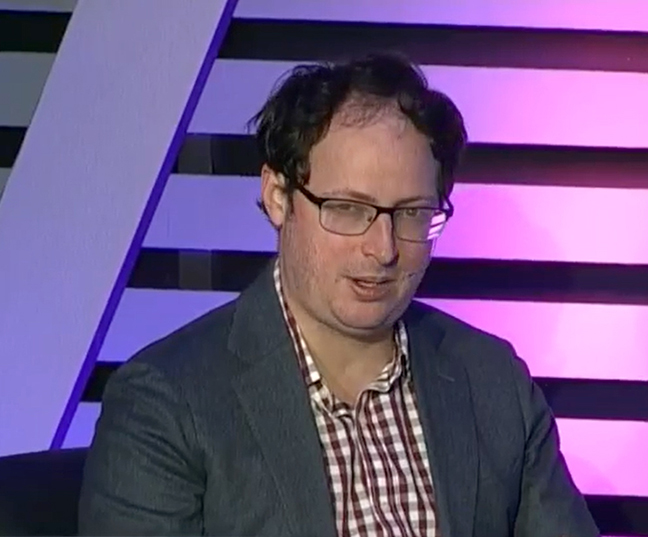 Nate Silver is a statistician and polling expert best known as the founder of FiveThirtyEight. Silver has been credited with greatly increasing the popularity of political polling and poll analysis with the media, politicians, and the general public. [1]

Silver initially worked in finance after college but soon left his job to become an online professional poker player and to develop algorithms to analyze baseball statistics. After the U.S. Congress effectively outlawed online poker in 2006, Silver began analyzing politics. In the 2008 election, Silver outcompeted the vast majority of pundits with his election predictions and made a name for himself, eventually predicting 49 out of 50 states correctly in the presidential election. That year, he launched FiveThirtyEight as an independent blog site; he would relaunch it two years later under the New York Times. After a tumultuous three years with the paper, FiveThirtyEight moved to ESPN. It has since been transferred to ABC News, ESPN’s stablemate under the Disney corporate umbrella.

Silver has often been praised for the accuracy of his predictions, particularly earlier in his career. He received considerable backlash for his perceived failures in the 2016 election, especially regarding the success of President Donald Trump. Silver has maintained confidence in the accuracy of his models, and has criticized the media and the public for misunderstanding probability.

After graduating from the University of Chicago in 2000 with an economics degree, Nate Silver worked for three years at KPMG. Reportedly finding the work boring, Silver developed a modeling algorithm known as “Pecota” to predict baseball statistics and soon attracted attention with its success. [2] In 2003, Silver sold Pecota to Baseball Prospectus for an equity stake and became a writer for the magazine. In 2004, Silver left KPMG to work full-time as a professional poker player, for which he earned over $400,000 over the following three years. He also wrote numerous articles for other sports magazines and books on sports statistics. [3]

Early in the 2008 presidential election, Nate Silver began blogging on the left-wing Daily Kos website about the election under the pseudonym “Poblano.” He notably relied more on demographic data modified by his own algorithms rather than raw polling data to make his predictions. Silver went against mainstream predictions and evaluations on the likelihood that Sen. Hillary Clinton (D-NY) would defeat Sen. Barack Obama (D-IL) in the Democratic presidential primaries, as most analysts expected that she would. Silver began posting his own blog, titled “FiveThirtyEight” after the number of votes in the Electoral College. Soon after, he deanonymized. [5]

In the 2008 presidential election, Silver accurately predicted 49 out of 50 states. [6] He also correctly called all 35 Senatorial elections. [7] In the aftermath, Silver was considered one of the premier American political pundits, and he wrote for Esquire, New York, and the Wall Street Journal. Penguin offered Silver a $700,000 advance on two books. [8]

In 2010, FiveThirtyEight was re-launched under the New York Times and focused more on political forecasting. According to Times staffer Margaret Sullivan, Silver was known to clash with the culture and outlook of the Times’ staff and was described as “disruptive.” Silver focused on statistics-based analyses, and was openly critical of the traditional political punditry the paper engaged in, calling it “fundamentally useless.” Numerous prominent Times journalists disliked Silver’s work, and resented Silver for consuming an outsized proportion of the paper’s resources. [9]

During the 2012 presidential election, Silver was significantly more confident in President Barack Obama’s reelection than most pundits. On Joe Scarborough’s “Morning Joe,” Silver gave President Obama a 73.6% chance of winning. Scarborough accused Silver of being greatly overconfident in President Obama (asserting the election was a “coin toss”), of being an “ideologue,” and of letting his left-political bias interfere with his prediction models. Silver replied by offering a $1,000 bet on the election, which Silver subsequently won. Scarborough paid $1,000 to charity and offered a “semi-apology” to Silver. [10]

In the 2012 presidential election, Silver accurately predicted all 50 states. [11]

Though FiveThirtyEight left the Times in 2013, Silver has feuded with the newspaper. In the aftermath of the 2016 election, Silver wrote a 30,000 word criticism of the paper’s coverage of the election, accusing it of being overconfident in Hillary Clinton’s (D-NY) victory and of systemically downplaying Donald Trump’s electoral strengths. Times journalist Maggie Haberman criticized Silver for taking unwarranted shots at Times personnel which seemed personally rather than professionally motivated. Silver continued criticizing Times headlines and articles throughout the 2018 and 2020 elections. A Times spokesman told Politico that they did not always agree with Silver, but respected his criticisms. On at least one occasion, the Times changed a headline after Silver commented about it on Twitter. [12]

In 2013, ESPN purchased FiveThirtyEight. Sullivan remarked that Silver was likely a better cultural fit for the sports outlet. He expanded the scope of FiveThirtyEight’s work to economics, sports, and various other domains. [13]

In 2018, FiveThirtyEight was transferred to ABC News from ESPN (both companies are owned by Disney). Silver stated that the move allowed FiveThirtyEight to expand its coverage of political affairs. [14]

After the election, Silver and the entire polling industry faced criticisms for failing to predict President Trump’s victory. Nathan Robinson of the left-wing magazine Current Affairs described the election as “a series of spectacular Silver blunders.” For instance, Silver predicted that Senator Clinton had a 99% chance of winning the Democratic primary in Michigan, which she lost to Sen. Bernie Sanders (I-VT). In the Democratic and Republican primaries, Silver’s predictions were outcompeted by Carl Diggler, a fictional pundit created by the New York Times which made predictions based on purposefully random and arbitrary factors. [18]

Silver responded by criticizing the media for misunderstanding the nature of statistics and predictions, noting that FiveThirtyEight gave President Trump almost a 30% chance of victory, which constituted an unlikely but not rare occurrence. He also noted that there was “groupthink” in the media which prevented the reasonable consideration of factors which pointed to a Trump victory. [19]

Silver conceded that he had been overly confident in Trump losing the Republican primaries, especially considering Trump’s success in the polls. Silver claimed that polling Donald Trump was difficult because he wasn’t a “data-driven” candidate, and that the Republican presidential primaries were genuinely unprecedented. [20]

“…if you had a forecast that Trump had a 1 percent chance of winning, your reputation should be damaged by that. And if you’re a newspaper like The New York Times that says that Clinton was a sure thing, then your reputation should be damaged by that. People in this day and age want information that confirms their prior beliefs and that they can take comfort from.”

In the 2020 presidential election, Nate Silver gave former-Vice President Joe Biden (D-DE) an 89% chance of winning, with President Donald Trump having a 10% chance, and a tie at 1%. Silver’s forecasts favored the winner in 48 states, though he favored Biden in Florida and North Carolina, both of which were won by President Trump. [22] Silver stated that President Trump had the same chance of winning as it raining in downtown Los Angeles on any given day. [23]

Nate Silver rarely talks about his own political views, but in a 2012 NPR interview, he called himself a “political independent.” He stated: [24]

“I would describe myself as being somewhere between a liberal and a Libertarian. A fancy way of saying I’m probably fairly centrist on economic policy, but liberal or Libertarian on social policy.”

In 2008, Silver said he had not registered with a political party, but he voted for Democrats “a majority of the time,” including President Barack Obama. [25]

Silver criticized Democrats for being overly critical of President Donald Trump when he celebrated the death of ISIS’s chief lieutenant. [27]