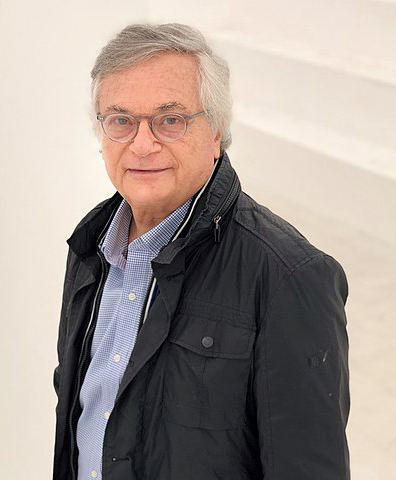 Moises Naim is a Venezuelan author, journalist, and the former Minister of Trade and Industry of Venezuela in the government of Carlos Andres Perez. He was the director of Venezuela’s Central Bank and an executive director of the World Bank. [1]

Naim is the founder and chairman of the board for the Group of Fifty, a network of global business leaders, and sits on the boards of several non-profit groups including the National Endowment for Democracy, International Crisis Group, and George Soros’ Open Society Foundations. He also sits on the boards of directors for several global corporations. [2]

Moises Naim received Master of Science and Ph.D. degrees from the Massachusetts Institute of Technology and a Doctor Honoris Causa in International Affairs from American University. He was a professor of business and economics, as well as the dean of the IESA, a private non-profit business school in Venezuela. Naim is a member of the Council on Foreign Relations and became an honorary member of the Venezuelan Academy of Economic Sciences in April 2020. [3] [4]

Naim served as Venezuela’s Minister of Trade and Industry in the early 1990s. He was also the director of Venezuela’s Central Bank and an executive director of the World Bank, which has been accused of bolstering government inefficiency and preventing private sector development in recipient countries. [5] [6]

Naim is a Distinguished Fellow at the Carnegie Endowment for International Peace in Washington, D.C. Carnegie is a foreign-policy think tank with centers around the world including Moscow, Beirut, Beijing, Brussels, and New Delhi. [7]

Naim is the founder and chairman of the board for the Group of Fifty and sits on the board of directors of the National Endowment for Democracy, a United States non-profit organization partly funded by the U.S. Congress to promote “democratic institutions” abroad. Naim is also on the board of directors of the International Crisis Group, a transnational non-profit, non-governmental organization that researches violent conflict. [8] [9]

He is also on the board of directors for the Open Society Foundations, a private grantmaking foundation created and funded by billionaire financier and liberal philanthropist George Soros. Open Society Foundations is the main hub of a Soros-funded network of more than 20 national and regional foundations, making it one of the largest political philanthropies in the world. Built on Soros’ anti-capitalist, redistributionist political philosophy, the organization gives away nearly a billion dollars per year to left-wing organizations around the world to advance Soros’ vision of an “open society.” Naim also sits on the boards of directors for multiple global corporations. [10] [11]

Naim re-launched the journal Foreign Policy and worked as its editor from 1996 until 2010. He is the chief international columnist for the Spanish and Italian newspapers El Pais and La Repubblica, and his columns have been published in the New York Times, Washington Post, Bloomberg Businessweek, Newsweek, and Time. Naim is also a contributor to the Financial Times “A-list,” and is an associate editor for The Atlantic. He also launched “Efecto Naim,” a weekly television program, in 2011. [12]

He has also authored several books, including The End of Power, Illicit, Two Spies in Caracas, and The Revenge of Power. [13]