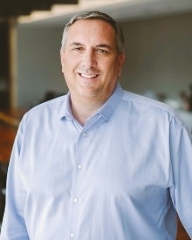 Michael E. Reed is the CEO of Gatehouse Media, the largest publisher of daily newspapers in the United States as measured by distinct publications. [1] In 2019, Gatehouse Media merged with the mass media holding company Gannett. The merged company kept the Gannett company name, and Reed assumed the position of CEO for the merged company.

The NewsGuild, an affiliate of the left-wing Communications Workers of America labor union, has been critical of Reed’s practice of purchasing newspapers, centralizing the editorial process, and reducing jobs to increase profits. [4]

On October 30, 2020, Reed announced that Gannett will be providing another round of voluntary buyouts for staff across the company. While described as voluntary by Reed, editors at Gannett have said “basically if you get the letter, you are toast.” [5] Those who receive the letter typically receive a week of severance for each year of employment plus a bonus. [6]