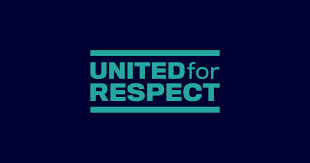 Mary Pat Tifft is a 32-year Walmart employee and labor activist who has participated in shareholder campaigns to pressure Walmart to adopt left-of-center corporate policies. She has admitted on at least one occasion that a left-leaning labor advocacy organization had authored a Walmart shareholder proposal filed under her name. [1]

Tifft is also an active member and organizer for United for Respect (formerly known as the Organization United for Respect at Walmart, or OUR Walmart). The organization began as a project of the United Food and Commercial Workers union (UFCW) to recruit Walmart employees to protest company labor policies. [2] Tifft has advocated for a variety of left-of-center economic and social policies at Walmart, including paid family leave,[3] decreased executive compensation,[4] and multiple environmentalist measures.

Employee Activism and OUR Walmart

Tifft has worked at Walmart store number 1167 in Kenosha, Wisconsin for more than 30 years. [5] In 2011, she joined United for Respect, then known as OUR Walmart. [6] While UFCW officials insisted that OUR Walmart was not a precursor to unionizing, left-of-center news outlet Mother Jones reported that the organization served as a “toehold for the union, which has tried and failed to organize Walmart workers for a decade.” [7]

On “Black Friday” in 2012, Tifft was involved in a demonstration planned by OUR Walmart over allegedly poor working conditions. [8] Walmart asked the National Labor Relations Board (NLRB) to block the protests, claiming that OUR Walmart was a front for unions. [9] After a Walmart spokesman said in a CBS interview that there could be consequences for workers who refused to report to work, OUR Walmart filed a complaint with the NLRB claiming that the statement constituted an illegal threat. Tifft was quoted in the New York Times as continuing to support the protests, claiming that employees “should expect more than threats to our jobs when we speak out.” [10] Ultimately, the NLRB dismissed Walmart’s claim in return for a pledge from UFCW that it would not try to unionize Walmart workers and would not picket for 60 days. [11]

In 2013, Tifft started an online petition demanding that Walmart rehire an employee that was fired for his involvement in a physical altercation in a Walmart parking lot. [12] The employee claimed to have been helping a woman who was being attacked, which resulted in an altercation with three men. After Tifft’s petition, Walmart hired back the fired associate. [13]

At the 2015 Walmart shareholder meeting, Tifft filed another proposal that would require the company’s management to report greenhouse gas emissions from shipping. [15] Despite Tifft being named on the proposal, a representative of the left-of-center Sierra Club presented the resolution. [16][17] Sierra Club executive director Michael Brune also presented a resolution filed under Tifft’s name demanding a $15 minimum wage for all Walmart employees and protecting United for Respect’s ability to organize labor in Walmart stores. [18]

In December 2017, Tifft filed a shareholder resolution calling on Walmart to offer increased paid family leave, but Tifft later admitted to press that she had been coached by labor activists. Tifft called the proposal “a lot of legal mumbo jumbo” to a representative from Fortune. [19] Paid Leave for the United States (PL+US), a nonprofit founded in 2016 that pressures companies into providing increased employee benefits, orchestrated the proposal. PL+US has also filed resolutions against Target, Walgreens, Starbucks, and Lyft. The month after Tifft’s proposal was filed, Walmart announced a new parental-leave policy of 10 paid weeks for all full-time birth mothers, and 6 weeks at full pay for other new parents. [20] That same year, Tifft was listed on a Ceres-endorsed shareholder proposal demanding that Walmart “set food waste reduction goals.” [21]

In May 2020, Tifft expressed support for a shareholder proposal that would require Walmart to accept store associates as corporate board members. [22] The proposal received support from United for Respect and Majority Action, another left-of-center shareholder advocacy organization. [23]