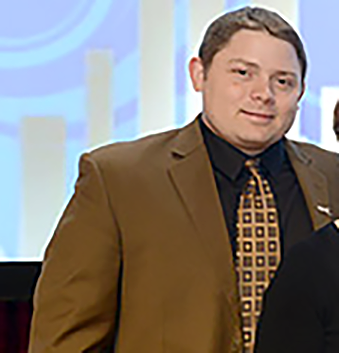 Martin Messner is a health and physical education teacher from New York state and the former secretary-treasurer of the New York State United Teachers (NYSUT) labor union. He resigned after being elected to a second term amidst controversy stemming from working full-time as a teacher and as secretary-treasurer. Critics alleged that union finances were in dire straits when he left. [1] [2]

Martin Messner is a health and physical education teacher at the Schoharie Central School District in New York state.

He was elected as secretary-treasurer of NYSUT in 2014 and reelected in 2017. He has attended leadership trainings hosted by NYSUT and the American Federation of Labor-Congress of Industrial Organizations (AFL-CIO)[3]

Messner ended up resigning from his NYSUT position in November of 2017 amidst a storm of controversy. [5] While in May 2017 the NYSUT newsletter praised his first term for supposedly going from “record deficits” to “restored reserves,” in reality the union’s finances were in dire shape and had been for some time. [6]

In April of 2016, Messner had told the NYSUT assembly that the organization had recorded two years of surpluses and that the pension fund was 86 percent funded. [7] However, in reality, NYSUT ran a deficit of over $13 million in 2014 and over $18 million in 2015. [8] [9] Just a few months later, in July of 2016, NYSUT sent out a letter informing local union leaders of a looming pension spike that threatened the to jeopardize all of NYSUT. [10] Reporting from 2017 in Dropout Nation, a publication covering public schooling in the United States, claimed that the organization was at risk of insolvency its unfunded pension liabilities. [11]

When he was originally elected to his position in 2014, Messner received three years of leave from the school at which he was teaching. When he was reelected in 2017, the school board did not extend his leave of absence. He returned to teaching full time while also working as the secretary-treasurer for NYSUT full-time as well on nights and weekends. His teaching salary was subtracted from his NYSUT salary. [12] A union chapter leader blogged about the situation and noted that by waiting to resign until at least August of 2018 to resign Messner would be vested in his NYSUT pension. [13]

However, in November 2017, Messner announced that he was made an offer by the NYSUT board of directors and had resigned from his position. This severance package was generous and included 3.5 months of salary, two years’ pension credit, $25,000 towards his retirement plan, and a $5,000 a month consulting gig with the organization from March to August of 2018. Messner stated that he was proud of what he had accomplished in his role that he was leaving the budget in a strong position. [14] However, tax filings for 2017, Messner’s last period in office, indicate that the organization had a deficit of over $31 million. [15]

Over the years Messner has been a regular donor to various left-of-center causes and candidates. He contributed $1,500 to Hillary for America, $500 to the Hillary Victory Fund, and thousands of dollars to NYSUT’s political action committee, Vote/Cope.  He has also contributed to the left-of-center PAC ActBlue. [16]