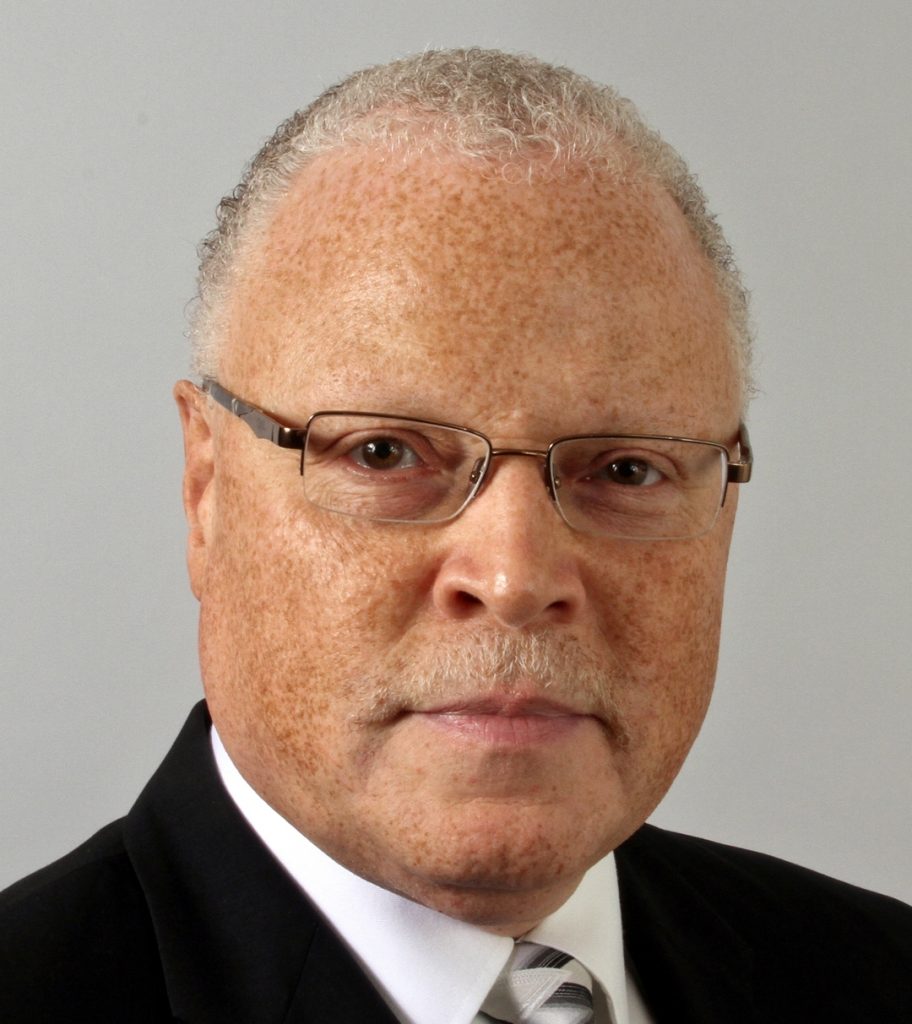 Lee Saunders is a government worker labor union official who currently leads the American Federation of State, County, and Municipal Employees (AFSCME), the largest union of government workers who are not teachers in the United States and a staunch supporter of multi-issue left-progressive politics. [1] In conjunction with his role as head of AFSCME, Saunders holds board positions with a number of institutional labor union and left-progressive organizations including the AFL-CIO labor union federation, the Economic Policy Institute labor union-aligned think tank,[2] and the Democracy Alliance liberal donor convening. [3] Saunders has been an at-large member of the Democratic National Committee[4] and spoke at the 2016 Democratic National Convention. [5]

Saunders is a career union official, having risen through the ranks of the national union office as a union employee, a national union officer, and an appointed trustee of AFSCME affiliates. He succeeded Gerald McEntee as head of AFSCME in June 2012; McEntee had positioned Saunders to succeed him by securing Saunders’s election to AFSCME’s number-two post in 2010. [6]

Saunders began his career in 1974 working in the Ohio Bureau of Employment Services; he joined the Ohio Civil Service Employees Association (AFSCME Local 11) at that time. He would join the AFSCME staff in 1978 as a labor economist; over a 40-plus year career at AFSCME headquarters, he would rise through the positions of assistant director of Research and Collective Bargaining Services, director of Community Action, deputy director of Organizing and Field Services, and executive assistant to AFSCME president Gerald McEntee. [7]

In 2010, Saunders, at the time executive assistant to AFSCME president Gerald McEntee, stood for the union’s number-two position, secretary-treasurer. With McEntee’s support, Saunders won election; however, internal discontent with McEntee’s approaches to organizing and member engagement made the election close, with Saunders’s margin of victory being approximately 4,000 votes of one million votes cast. [11]

In 2018, the Supreme Court ruled in Janus v. AFSCME Council 31 that government workers could not be forced to pay dues to a labor organization as a condition of employment. When the Court took the case in late 2017, Saunders had issued a joint statement with the heads of the National Education Association, American Federation of Teachers, and Service Employees International Union denouncing the suit and defending forced fee arrangements. [17]

Saunders has criticized the Trump administration’s labor policies, notably objecting to President Trump’s decision in 2019 to nominate Eugene Scalia, son of the late Supreme Court Justice Anton Scalia, as the head of the Department of Labor. Saunders denounced Scalia’s record, saying it “indicates support for unchecked corporate power and neglect of the welfare of working people,” and that “AFSCME members will be watching closely during his confirmation hearing to see if he would lead the Labor Department in a way that is consistent with its mission.” [18]

In 2016 AFSCME “spent $55.3 million on “political activities and lobbying” in 2016 compared to the $36.4 million in expenditures related to “representational activities,” such as contract negotiations and grievance managements for its membership, according to its 2016 federal labor filings.” [19]

In 2016, Saunders supported former Secretary of State Hillary Clinton in the 2016 Democratic primary and in the 2016 presidential election, which was against Donald Trump. Saunders was particularly supportive of Clinton over Bernie Sanders. In fact, he praised Hillary Clinton for her primary victories in Florida, Ohio, and North Carolina saying people turned out to vote for Clinton because they “trust her to be the champion our families need in the White House and to deliver on her promise of breaking down the barriers that hold our communities back.” Moreover, Saunders said that this is “why the majority of union members nationwide chose to endorse Hillary Clinton and are supporting her at ballot boxes and caucuses across the country.” [20]

Saunders described how AFSCME organized around supporting Hillary: “AFSCME public service workers helped to lead the joint-union GOTV efforts that were instrumental to Secretary Clinton’s victories. AFSCME members in yesterday’s primary states joined with other working families to knock on tens of thousands of doors and turn out thousands of early vote supporters.” [21]

Saunders allegedly expressed that “his feelings were hurt” in 2016 when the Clinton campaign left him off of a list of progressive supporters that included a number of government-sector labor union officials. According to emails hacked from the Clinton campaign by entities believed to be fronts for Russian military intelligence, campaign officials asked John Podesta to intervene and “smooth things out” with Saunders over the perceived snub. [22]

As president of a major international labor union with close ties to the Democratic Party, Saunders holds positions with a large number of prominent left-progressive and liberal organizations both inside the labor movement and aligned with broader left-of-center advocacy. Saunders was also a superdelegate to the Democratic National Convention in 2016 and supported former Secretary of State Hillary Clinton for president. [23] Saunders is also a member of the Democratic National Committee for the 2016-2020 term. [24]

The Daily Caller also reported that Saunders, as of 2014, was part of numerous left-leaning groups including being treasurer of the Leadership Conference on Civil and Human Rights, president of the AFL-CIO affiliate for non-union workers Working America, chairman of the board of Americans United for Change, and a board member of the National Action Network (Al Sharpton’s group). [25]

While Saunders is no longer on the NAN board,[26] he sits on the boards of the AFL-CIO labor union federation, the Economic Policy Institute labor union-aligned think tank,[27] and the Democracy Alliance liberal donor convening. [28]