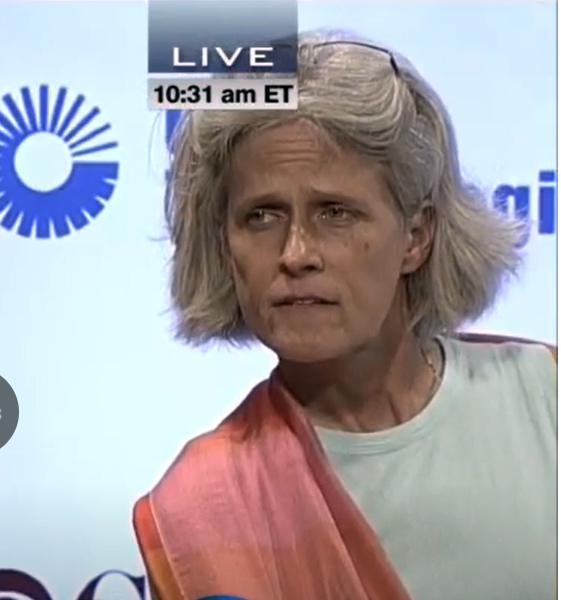 Laura Quinn is the president and co-founder of Catalist, a data firm that services both left-of-center nonprofits and Democratic candidates and officeholders. She has held numerous positions for Democratic candidates and officeholders, most prominently as Deputy Chief of Staff for former Vice President Al Gore. Quinn has also worked for former U.S. Senators Jay Rockefeller (D-WV), Carl Levin (D-MI), and Joe Biden (D-DE).

According to TIME, Quinn has operated “a nameless, secret project” that attempts to combat “disinformation online” and “dangerous lies.” [1] Quinn used her research to foment a campaign pressuring social media companies to cleanse their site of what she considered false information. Such language has been called out as dystopian “censorship” by critics on both sides of the political spectrum, who point out that silencing online expression has dire implications for freedom of speech. [2]

Laura Quinn graduated from George Washington University in 1982, and worked for the Brookings Institution as a research assistant for a year. [3] She left in 1983 to assume her first political role as national advance director for former U.S. Senator Gary Hart‘s (D-CO) first failed presidential campaign.

In 1988, she graduated from the London School of Economics with a master’s degree in international economics. When she returned to America, she was hired as Jesse Jackson’s national advance director for his 1988 failed presidential campaign.

In 1997, she left the Sen. Rockefeller’s office to become executive director of the U.S. Senate Technology and Communications Committee. [5] In 1999, she left her directorship to become communications director for then-Vice President Gore’s failed 2000 presidential campaign. [6]

As an experienced Democratic operative, Quinn was named an advisor to the Democratic National Committee (DNC), assisting in the DNC’s outreach during the 2004 presidential elections. [7] In 2005, Quinn left the DNC to begin Catalist with political operative Harold Ickes.

According to coverage by the New York Times, Quinn and Ickes began Catalist to combat “the sophisticated voter databanks” that the Republican Party had during the 2004 presidential election. [8] Quinn had expressed dissatisfaction with the DNC’s databanks during the election, saying that they had been working with “a non-relational, poorly designed system with no bulk email capability, a website that was essentially a brochure, and very little organization.” [9]

In 2018, Catalist was sued by rival voter data provider, TargetSmart, the DNC’s official data partner since 2012.  In an attempt to lure TargetSmart into disclosing confidential information about its business, Quinn had used a writer affiliated with Catalist to pretend to be an official attempting to buy out TargetSmart in order to glean confidential information from its employees. She masqueraded the writer’s questioning as “part of the [purchasing company’s] due diligence process.” [12] After the CEO of TargetSmart reached out to Catalist board member and then-AFL-CIO political director Mike Podhorzer about her behavior, Podhorzer stated that he did not agree with Ms. Quinn’s actions and promised that the inquiries would stop.” [13]

In the buildup to the 2020 presidential election, Quinn engaged in a white TIME would call a “nameless, secret project” that attempted to remove what she considered to be “dangerous lies.” Her efforts were credited with being heavily influential with social media heads, such as Facebook CEO Mark Zuckerberg. [14]

Laura Quinn contributed to U.S. Senator Elizabeth Warren (D-MA)’s and President Biden’s 2020 presidential campaigns. During the primaries, she was evidently a supporter of Sen. Warren, donating $375 to her campaign. After the primaries, however, she donated over $3,000 to the Biden for President campaign committee. She is also a frequent donor to ActBlue, a fundraising platform for Democratic candidates and campaigns. [15]