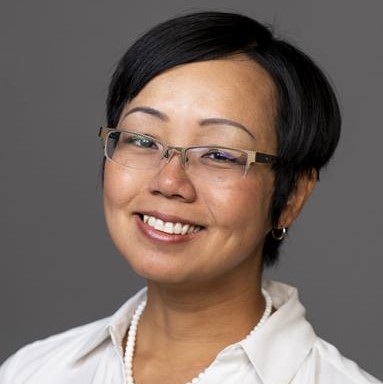 Kei Kawashima-Ginsberg is the director of the Center for Information and Research on Civic Learning and Engagement (CIRCLE), and a left-of-center activist focused on youth civic engagement, particularly voter turnout.

Prior to becoming a civics-oriented activist, Kawashima-Ginsberg worked as a therapist in training at a public high school, emergency room, and community health center. Later in 2007, Kawashima-Ginsberg became a visiting instructor at Knox College, a private liberal arts college in Galesburg, Illinois. While there, she became involved with the Center in Galesburg, a community-based civic group, and taught a community psychology course, covering different forms of civic engagement and encouraging students to become active in the local community. [1][2]

In 2008, Kawashima-Ginsberg joined the Center for Information and Research on Civic Learning and Engagement (CIRCLE) as a senior researcher. In 2013, she was promoted to deputy director and in April 2015 to director, replacing academic Peter Levine who remains involved with the center’s academic activity. [3]

CIRCLE is a research organization focused on youth civic engagement in the United States. When the institute was founded in 2001, it was based at the University of Maryland’s School of Public Policy, but in 2008, the same year in which Kawashima-Ginsberg joined the group, it moved to the Jonathan M. Tisch College of Civic Life at Tufts University. [4]

In an article published in October 2018 in the The Atlantic discussing “politics as the new religion for progressive Democrats,” which highlighted the above-average campaign engagement of religiously unaffiliated Democratic voters, Kawashima-Ginsberg was quoted as saying with reference to such Democrats that they tended “to be more energized” and that “they have something to win back.” [5]

In a March 10, 2019, interview with the local Boston affiliate of National Public Radio (WGBH 89.7), Kawashima-Ginsberg expressed support for federal and state legislation that would lower the voting age, giving 16- and 17-year-olds the right to vote. [6]

In a January 11, 2021, interview with The Conversation, along with five other education professionals, on how teachers should discuss the protest and subsequent riot at the United States Capitol on January 6 of that year, Kawashima-Ginsberg stated that educators should be clear that some of the individuals involved violated “social norms” and their “political and moral duties,” and “their actions threaten the health of our republic.” [7]

Kawashima-Ginsberg is a national board member of Generation Citizen, a civics-focused educational nonprofit based in New York City, and Democracy Works, a nonprofit focused on voter mobilization. [8] She is also an advisory group member for Nonprofit VOTE, a left-of-center organization that encourages non-profits to mobilize individuals they interact with to participate in elections and vote, Project Information Literacy, a research group focused on electoral literacy, Citizen Z, a civics initiative of Education Week, and the American Bar Association‘s Division of Public Education. [9]