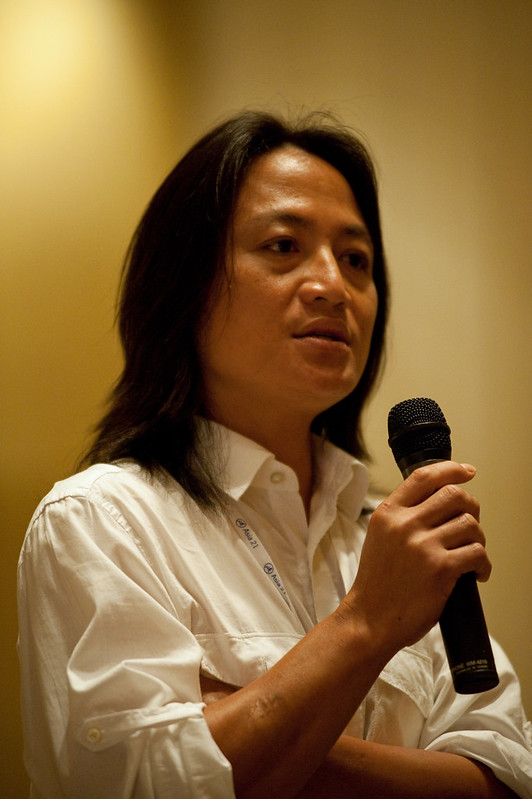 Ka Hsaw Wa had formed a national protest movement against military rule by the junta that ruled Myanmar from 1988 until 2010. Ka Hsaw Wa was arrested and jailed. When released, he said that he was “full of hatred” for the military junta leading to his exile from the country of Burma (now known as Myanmar). [3] according to Ka Hsaw Wa’s wife Katie Redford, he was tortured in prison while in Burma.

Ka Hsaw Wa created Earth Rights International. The new organization highlighted concerns with the Yadana Natural Gas pipeline to transport oil from the Yadana gas field in southern Burma. He described the pipelines as “the most notorious project in Burma.” [4]

In 2010, Ka Hsaw Wa signed a letter directed to the executive board of the United Nations Educational, Scientific, and Cultural Organization agency in protest of Obiang Nguema Mbasogo, the leader of Equatorial Guinea, who has been characterized as “one of Africa’s most brutal dictators.” [6] In the letter, Ka Hsaw Wa contended that any prize from UNESCO in the name of President Mbasogo “offends the very standards and goals UNESCO promotes.” The letter also asked that any money donated by President Mbasogo to UNESCO be used for educational, health, and other needs by the people of Equatorial New Guinea. [7]

In the lawsuit, Ka Hsaw Wa, and his wife, used an obscure 1789 American law to sue Unocal for alleged human rights violations while operating in Burma. [9]  The creation of Earth Rights International was in large part due to the lawsuit called Doe v. Unocal. [10]