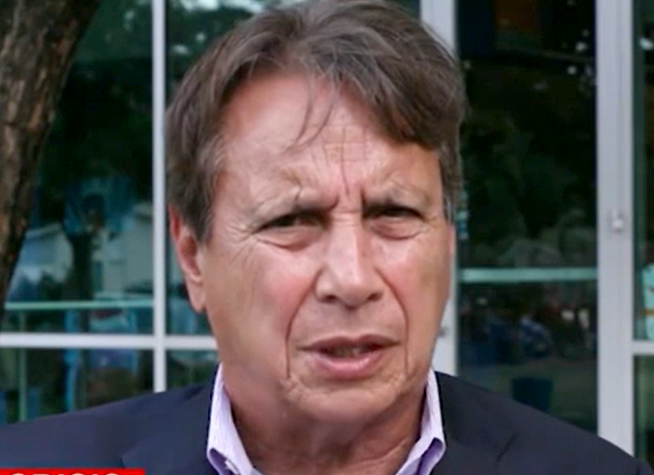 Dr. Juan Sanchez is the founder and former longtime CEO and president of federal immigration detainee housing contractor Southwest Key Programs. Under his tenure, it was one of the largest contractors charged with housing unaccompanied alien minors. Under Sanchez’s leadership, Southwest Key Programs also got involved with running a network of charter schools in Texas.

In addition to running Southwest Key, Sanchez has worked with several left-leaning organizations. Some of the organizations with which Sanchez worked argue against increasing border security.

Sanchez resigned from his organization in 2019 after a federal investigation was launched to determine if Southwest Key was mismanaging government money. [1] His high salary which evaded federal salary caps for contractors and the treatment of those housed by Southwest Key Programs also came under scrutiny. [2]

He has also served on the board of the National Council of La Raza (now UnidosUS), and as an adviser to the Annie E. Casey Foundation‘s Juvenile Detention Alternatives Initiative and the Vera Institute of Justice. [3]

Juan Sanchez was born in Brownsville, Texas in 1950 to a poor family. The house was so crowded that he did not have a bed growing up. [4] His father died when Sanchez was 14. [5]

Sanchez was forced to support his family anyway he could. While growing up, he would pick fruit with Mexican migrant workers. He would sell newspapers and he eventually became a top flyweight boxer. Sanchez earned money boxing in boxing tournaments all over Texas. [6]

Juan was the first in his family to graduate high school and he went to seminary. He stayed in seminary for a time before he decided against the priesthood. He attended university in San Antonio and graduated. Then he went to the University of Washington in Seattle for his master’s degree. [7]

Juan then went to Harvard University for his doctorate. He graduated with his doctorate in education. On his graduation day, he did not wear a cap and gown. Instead, he wore a serape, which is a traditional Mexican garment. “It was just to make a statement that Latinos were here.” he told the New York Times in 2018. [8]

In 1981, he returned home to Brownsville, Texas to run the Esperanza Home for Boys, a home housing juvenile delinquents. In 1987, he decided to found Southwest Key Programs. The program raised $200,000 from state grants to house 21 juvenile delinquents on parole. Sanchez’s salary was only $35,000 in the first year. The organization took out loans totaling $6,700 to buy a copier and a computer. [9]

In the late 1980s, a court settlement demanded that migrant children be housed in their own shelters. The federal government approached Sanchez and asked him if he and his organization would house the migrant children. Sanchez helped his former gym teacher and Esperanza board member set up a non-profit called International Education Services to house migrant children. [10]

Southwest Key did not enter the business of sheltering migrant children until 1996. It opened its first shelters in Coolidge, Arizona and El Paso, Texas. [11]

It proved to be a very financially rewarding decision for Southwest Key. By 1996, the organization generated $12.2 million in revenue. “The money was so good, and there were so few programs like ours who knew how to run residential programs.” Ofelia de los Santos, a former board member, told the New York Times. [12]

Former colleagues who spoke to the Times called Sanchez “very intense” and claimed he “can have a temper.” [13] He gave board positions and jobs to longtime friends and family members. [14]

Among the family members Sanchez brought into his empire is his second and current wife, Jennifer Nelson. Nelson ran a Brooklyn-based nonprofit taken over by Southwest Key and she was hired. Sanchez also brought his daughter and brother in law into the operation. He also hired as a banker at least one childhood friend who was convicted of embezzlement. [16]

Whenever unaccompanied migrant children cross into the United States, they are housed under a program called the Department of Health and Human Services’ Unaccompanied Alien Children Program (UAC Program). [17]

In 2017, Southwest Key had a budget of over $300 million. 99% of that budget was government-funded and the majority of the funding came from the UAC Program. Southwest Key was one of the largest recipients of money from HHS. [18]

There have been instances of possible conflict of interest by Sanchez. In 2005, Sanchez became a silent partner in a partnership called Conroe CHS. That partnership bought a former boarding school dorm in Conroe, Texas for almost $950,000 and leased it to Southwest Key. Southwest Key has paid almost $3 million in rent since the shelter came online. [19]

In March 2019, Sanchez stepped down as president and CEO of Southwest Key. In a letter he said the organization “would benefit from a fresh perspective and new leadership.” [22]

“Widespread misunderstanding of our business and unfair criticism of our people have become a distraction our employees do not deserve, and I can no longer bear. It’s time for new beginnings,” Sanchez wrote. [23]

Associations with Other Organizations

Sanchez has been on the board of or advised several left-wing organizations. He served as an adviser to the left-leaning Annie E. Casey Foundation and the Vera Institute of Justice. [24]

He also served on the board of the National Council of La Raza, which is now UnidosUS. UnidosUS has lobbied against additional border security calling a proposed border wall “immoral.” [25] Southwest Key and UnidosUS broke ties in 2018 amid dispute over the migrant crisis and Southwest Key’s financial practices.