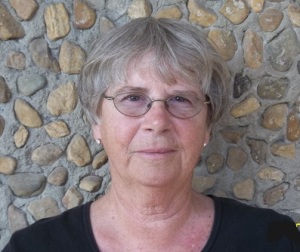 Joy Loving is a left-of-center, Virginia-based activist who works with Climate Action Alliance of the Valley (CAAV), an environmentalist organization. Loving is a campaigner for the adoption of solar electric power, working with both local-level organizers and large national organizations including the Sierra Club and Solar United Neighbors (SUN).

Loving is a Virginia native who attended Virginia Polytechnic Institute and State University (Virginia Tech). [1] Loving spent most of her career as a policy analyst with the Social Security Administration and then as a computer systems analyst for the National Cemetery System of the Department of Veterans Affairs. [2]

In 2012, Loving decided to convert her home to solar energy, which led to her starting a solar energy cooperative with other community members in Harrisonburg, Virginia. [3] Loving founded Solarize Harrisonburg with the help of the left-of-center environmentalist organization Solar United Neighbors (SUN). [4] Loving manages informational meetings, media inquiries, and participant relations for Solarize Harrisonburg. [5]

Solarize Harrisonburg became a grassroots group to leverage the bulk purchasing power of solar energy customers in order to reduce their installation costs. [6] By October 2014, over 200 people signed up for the cooperative. Through Solarize Harrisonburg, Loving began to engage in public policy advocacy, pushing the Virginia government to raise the cap on net metering, so that renewable energy customers could make more money from surplus energy being redirected to the general electrical grid. [7]

Loving serves on the steering committee of Climate Action Alliance of the Valley (CAAV), a Virginia-based environmentalist organization. [8] Through CAAV and her partnership with Solar United Neighbors (SUN), Loving has continued to push for solar cooperatives around the Shenandoah Valley. [9] Loving has directed a variety of projects with CAAV, including organizing for the Massanutten Regional Solar Cooperative and leading Renew Rocktown, a solar initiative in another Virginia community. [10] [11]

CAAV organizes a variety of projects, including organizing demonstrations in support of left-wing, anti-pipeline protestors. [12] CAAV is a part of the Sierra Club, a left-wing environmentalist and social justice organization. [13] CAAV is also a member of the Virginia Conservation Network, in addition to supporting the work of several left-of-center climate organizations, including the Citizens’ Climate Lobby (CCL) and Chesapeake Climate Action Network (CCAN). [14]

Outside of her work with CAAV, Loving has engaged in direct public policy advocacy in Virginia. Loving has offered public testimony in Virginia to propose a wide range of left-of-center environmentalist policies. In 2017, Loving offered public testimony to the Department of Environmental Quality, encouraging them to impose a cap on greenhouse gas emissions, with money generated from the cap feeding into a large redistribution program for Virginians. [15]

In 2018, Loving offered a series of four public comments to the Virginia Regulatory Town Hall over the course of the summer. [16] On public record, Loving called on the Virginia government to move away from fossil fuels by instituting an “enforceable and measurable” plan to transition to renewable energy resources. [17]  This plan would include a full overhaul of the Virginia utility system, with Loving insisting that Virginia begin to incentivize utility companies for producing less energy and claiming that current lenient regulations on utility companies create conflicts of interest. [18] Loving also called for a comprehensive, left-of-center social justice plan, including imposing stricter regulations on companies which utilize fossil fuels. [19]

In 2018, Loving petitioned the Department of Environmental Quality (DEQ), going to the DEQ headquarters to encourage the agency to impose “as strong a regulation as possible” on Virginia energy emissions. [20]

In addition to community organizing, Loving is involved in shareholder advocacy on environmental issues. In 2016, Loving was acknowledged as a proponent and coordinator of shareholder advocacy proposals for the 2016 Proxy Preview report. [21] The report was a proxy voting guide for shareholders in various companies which was sponsored by a variety of left-of-center organizations, including As You Sow, Miller/Howard Investments, and Green America. [22]

Loving, along with a group of Sierra Club members, introduced a shareholder proposal to request the nomination of an independent director for Dominion Resources, with the intent of the director having environmental expertise. [23] Loving filed a similar proposal against Dominion in 2015, which was rejected by the Securities and Exchange Commission for being too prescriptive and in violation of state law. [24] The proposal failed in 2016, gaining just 19.1 percent of the vote, and Loving attempted it again in 2017. [25]