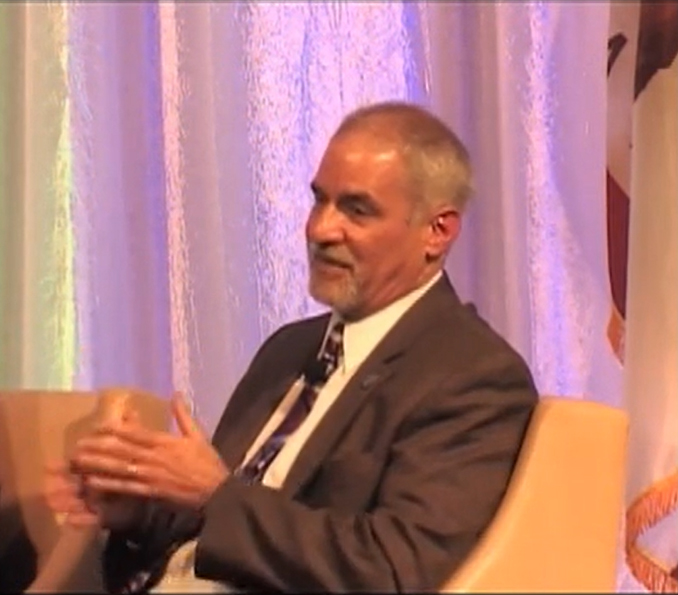 Joshua Pechthalt is a long-time labor union agitator and official. From 2011 to March of 2020, Pechthalt was the president of the California Federation of Teachers (CFT), the second-largest labor union in California and state-level affiliate of the left-of-center American Federation of Teachers (AFT). Previously, Pechthalt was a vice president and highly influential member of the radical-left-aligned United Teachers Los Angeles (UTLA).

Pechthalt is a self-described “union militant.” [1] During his early union career at the UTLA, he led numerous walkouts and protests, sometimes without the approval of union leadership, and later co-ran a newsletter which was openly critical of the union leadership for insufficient fealty to the radical left. In the mid-1990s, Pechthalt worked with fellow union member Joel Jordan to form United Action, a radical-left faction within the union that seized control in the mid-2000s, propelling Pechthalt to become vice president.

Pechthalt would later lead the CFT, where he continued to promote increased union agitation in support of left-of-center policy changes. Pechthalt was a leading proponent and his union was a leading financial supporter of 2012 Proposition 30, which levied the highest tax increase in California history.

Joshua Pechthalt was born in California. His father was a Colombian immigrant who worked as a chicken farmer and later as a politician. His mother was a bookkeeper. Both parents were left-wing “radicals.” [2]

In late 1990, Jim Horsman, a teacher at Pechthalt’s school, was accused of racism against his students and was investigated by the school administration. The administration cleared Horsman of all allegations of racism but reprimanded him for using inappropriate language in class. In a Los Angeles Times report, Pechthalt called Horsman an elitist and racist and claimed he joined a thirty-teacher petition to fire Horsman. [6]

At Manual Arts High School, Pechthalt joined the UTLA, the largest local chapter of the AFT in California. Pechthalt and Joel Jordan, a fellow union member and former student of Professor Brennan, became known as “radical” activists who agitated for more aggressive action against school districts, even against the direct orders of union superiors. [7] A 2007 Los Angeles Times article described Pechthalt and Jordan as “a bit too radical for a union long known for its progressive politics.” [8]

In 1989, Pechthalt and Jordan organized a nine-day teacher walkout with future Los Angeles Mayor Antonio Villaraigosa (D-Los Angeles), who at the time was a field representative and organizer with the UTLA. [9] In 1992, Pechthalt led a one-hour unauthorized strike at Manual Arts High School that included 30 teachers and 1,500 students. In response, the Los Angeles Unified School District attempted to reprimand Pechthalt, but Villaraigosa successfully defended Pechthalt in a hearing. [10]

In the early 1990s, Pechthalt and Jordan began publishing A Second Opinion, a newsletter which frequently criticized the UTLA’s leadership. In August 2004, they wrote, “We need to once more begin transforming the image of teachers as friendly Caspar Milquetoast do-gooders into a unified, mobilized and proud bunch of unionists.” [11]

In the mid-1990s, Pechthalt and Jordan organized United Action, a group of “dissidents” within the UTLA which attempted to take over the union with a slate of new candidates for leadership roles. Though United Action was initially unsuccessful in getting its candidates elected, it quickly became an influential faction. [12]

Under the advisement of Pecthalt and Jordan, Duffy led the UTLA to become more aggressive in challenging Los Angeles school districts to promote left-of-center policies. Duffy forced the city to reduce teacher assessments and persuaded union members to wear red shirts every Tuesday as a sign of union solidarity. Duffy also led the UTLA in assisting other labor unions, and in September of 2004, Duffy and Pechthalt were arrested at a demonstration led by airport hotel workers. [15]

In 2010, Pechthalt became chair of the California Federation of Teachers Future Task Force. That year, the Future Task Force organized a seven-week march through Central Valley to protest state cuts to education funding. [17]

In 2012, Pechthalt led the CFT to sponsor the California Millionaire’s Tax Initiative, one of many tax increase measures proposed in 2012. The CFT’s proposal would levy an additional 3% income tax on households with incomes over $1 million and an additional 5% income tax for households making over $2 million. The proposal would allocate 60% of new funding to  public schools and universities, while the rest of the tax revenue would be divided between welfare services, public safety, and infrastructure maintenance. [19] The CFT’s proposal was eventually merged with other tax increase proposals into Proposition 30. California passed Proposition 30 in 2012, implementing the largest tax increase in California history, with greater than 10% income taxes levied at a graduated rate on individuals earning more than $250,000 per year and a hike in the state sales tax. [20]

In July of 2015, the AFT voted to endorse former Secretary of State Hillary Clinton early in the 2016 Presidential election. The move prompted much backlash within the union by many members who believed that Clinton was less aligned with union goals than more left-leaning Democratic candidates like U.S. Senator Bernie Sanders (D-VT). Pechthalt voted against the endorsement but publicly criticized union members who threatened to leave the union or withhold dues in protest. [21]

In January of 2017, Pechthalt led the CFT to join a protest organized in schools across the country against the election of President Donald Trump. The NEA, California Teachers Association (CTA), and the left-of-center Service Employees International Union (SEIU) joined the CFT protest. [22] In an address to the union, Pechthalt vowed to oppose President Trump, claiming that his election “unmasked some dark truths about this country” and avowing his support for Democrats “taking back the House of Representatives.” In the same speech, Pechthalt expressed support for the implementation of government-controlled healthcare systems[23]

In January of 2019, Pechthalt joined a UTLA strike of 31,000 teachers to protest for increased funding for teacher supplies from the Los Angeles Unified School District. [24]

In March of 2019, CFT secretary-treasurer Jeff Freitas succeeded Pechthalt as CFT president after receiving his endorsement. As of November 2020, Pechthalt has listed himself as “retired.” [25]

In November of 2017, Pechthalt wrote an opinion piece in the Orange County Register criticizing charter schools for an alleged lack of transparency and accountability. Pechthalt pointed to a few incidences of corruption in Los Angeles charter schools and criticized the California Charter School Association’s successful blocking of Assembly Bill 1478, which would increase the financial scrutiny of charter schools. Pechthalt endorsed the NAACP’s call for a nationwide moratorium on the creation of new charter schools. [26]