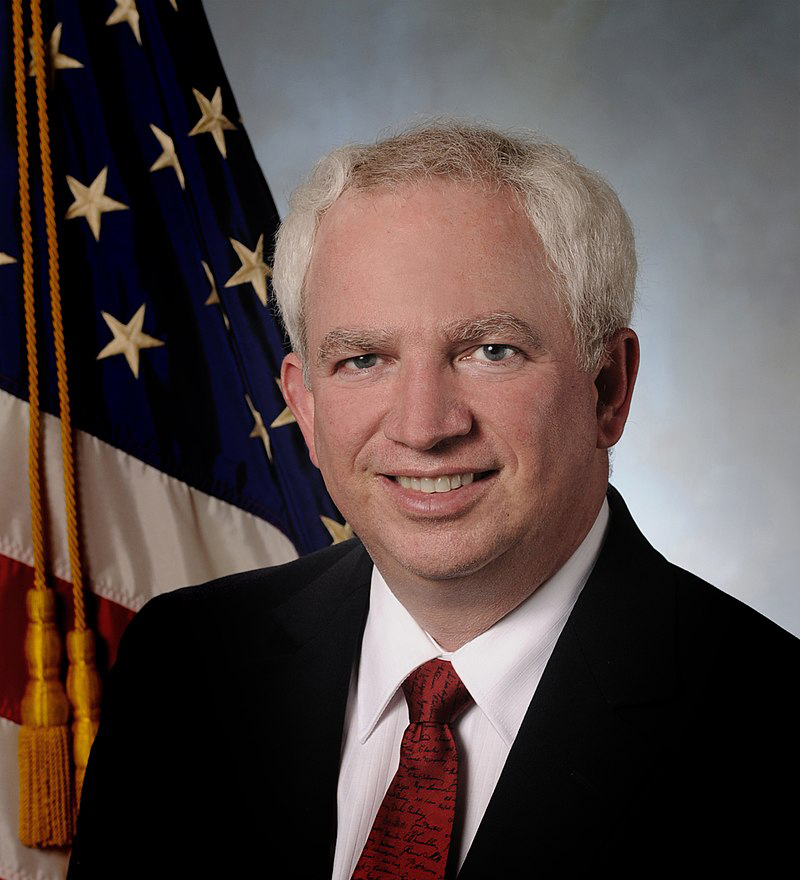 John Eastman is a retired constitutional law professor and right-of-center activist who became well known for his support for former President Donald Trump during and after the 2020 presidential election. [1]

In August 2020, Eastman received widespread criticism for an article which he wrote questioning whether then-Democratic Vice Presidential nominee Sen. Kamala Harris (D-CA) was eligible for the position under the citizenship provisions in the United States Constitution. [2] Critics compared the legal analysis to “birtherism,” a movement that falsely claimed that former President Barack Obama was not born in the United States, and accused Eastman of attempting to “ignite a racist conspiracy theory” against Harris. [3]

Following the 2020 election, Eastman became involved in efforts to challenge its results, alleging that there had been widespread voter fraud to elect President Joe Biden. [4] Eastman represented the Trump campaign in a lawsuit before the U.S. Supreme Court to overturn the election results in 4 key states. [5] [6] Eastman also reportedly participated in calls in which then-President Trump and President Trump’s personal lawyer Rudy Giuliani allegedly tried to pressure Georgia election officials to declare President Trump the winner of that state’s Electroal College votes. [7]

Eastman spoke at the January 6, 2021 March to Save America to protest the certification of the 2020 election results, which preceded a riot and breach of the United States Capitol building. Critics accused Eastman and other speakers and organizers associated with the march of causing the insurrection, allegations which Eastman denied. [8] Following backlash, Eastman retired from his professorship at Chapman University. [9]

Eastman has been affiliated with several right-of-center organizations, including the Claremont Institute, the Federalist Society, and the National Organization for Marriage. [10] [11] [12]

Eastman received his bachelor’s degree in politics and economics from the University of Dallas before attending the University of Chicago Law School for his law degree. Eastman also holds a doctoral degree from Claremont Graduate School, with focus fields in political philosophy, American government, constitutional law, and international relations. [13]

Early in his career, Eastman clerked for several judges, including former federal U.S. Court of Appeals Judge J. Michael Luttig and U.S. Supreme Court Justice Clarence Thomas. [14][15] Prior to attending law school and receiving his clerkships, Eastman was Director of Congressional and Public Affairs for the United States Commission on Civil Rights during the George H.W. Bush administration. [16]

In 1990, Eastman was the Republican nominee for the U.S. House of Representatives in California’s 34th District, though he lost in the general election. [17] After working with the national law firm Kirkland & Ellis for several years, Eastman became a professor at the Chapman University School of Law in 1999, where he eventually became dean in 2007. [18] Eastman also became a fellow at the right-of-center Claremont Institute, where he founded and directed the Center for Constitutional Jurisprudence and where he remains a fellow as of 2021. [19]

In 2010, Eastman resigned from his position as dean and ran for the Republican nomination for Attorney General of California in a crowded primary election. Eastman came under fire for listing his ballot designation as “Assistant Attorney General,” a title he was given for his work with South Dakota on a lawsuit involving the prison system. The California Supreme Court threw out the designation as “misleading to voters,” making Eastman run with the title of “Constitutional Law Attorney.” [20] Eastman lost the primary election to then-Los Angeles County District Attorney Steve Cooley. [21]

Throughout the early 2000s, Eastman was affiliated with the right-of-center Federalist Society, a legal debate organization. Eastman helped to create the Federalism and Separation of Powers Practice Group for the organization. As of 2021, Eastman continues to chair the group. [24] [25] Eastman also sits on the board of directors for the Public Interest Legal Foundation, a right-of-center legal advocacy group. [26]

In August 2020, shortly after then-Democratic presidential nominee Joe Biden announced that he had selected then-U.S. Senator Kamala Harris (D-CA) as his running mate, Eastman published an opinion article in Newsweek questioning Vice President Harris’s eligibility for the role. In the piece, Eastman questioned the language of “natural born citizen” as written in the Constitution, arguing that birth alone does not make one a “natural born citizen” if a person’s parents are not United States citizens because the child is then not subject to the full jurisdiction of the United States as required by the 14th Amendment. [27]

Critics, including left-of-center professor Laurence Tribe, alleged that there was no basis to Eastman’s theory and argued that the question of birthright citizenship is clearly settled in the United States constitution. [28] [29] Others compared Eastman’s legal analysis to the “birther” movement, which claimed that former President Barack Obama was not born in the United States, accused Eastman of attempting to “ignite a racist conspiracy theory” against Harris. [30]

Newsweek initially defended Eastman, arguing that Eastman’s essay was focusing on an “arcane legal debate” and was not tied to birtherism. Newsweek global editor-in-chief Nancy Cooper and opinion editor Josh Hammer argued that the question of birthright citizenship had been debated among scholars for years, including when applied to Republican figures like the late U.S. Senator John McCain (R-AZ) and U.S. Senator Ted Cruz (R-TX). [34]

Though Newsweek originally defended Eastman’s op-ed, the editors released a statement just days later apologizing for the way the piece was “used by some as a tool to perpetuate racism and xenophobia” after it was “interpreted, distorted and weaponized” by readers. The outlet nonetheless kept the opinion piece posted on its website, prefacing the article with an apology for the “wave of vile Birtherism” to which that the article allegedly “gave rise.” [35] [36]

Eastman publicly criticized the administration of the 2020 elections and claimed that they had been influenced by widespread fraud to elect President Biden. [37] In December 2020, Eastman filed a motion on behalf of the Trump campaign asking to formally join a lawsuit filed by the state of Texas which alleged that Pennsylvania, Michigan, Wisconsin, and Georgia had followed improper electoral proceedings during the 2020 presidential election. The lawsuit sought to reverse the outcome of the election by giving the Republican state legislatures in those states the power to directly appoint electors to the Electoral College, rather than choosing them by statewide election. [38] [39]

In his motion, Eastman claimed that the Trump administration did not need to “prove that fraud occurred” in order to invalidate the election results but only needed to demonstrate that the elections “materially deviated” from proper procedures put in place by state lawmakers. [40]

Eastman faced widespread criticism from the political left, including from Chapman University chairman Aitken, who claimed Eastman was trying to “embarrass the university.” [41] Later in December 2020, the U.S. Supreme Court rejected the lawsuit. The court concluded that Texas lacked standing to sue, claiming that it had no “judicially cognizable interest” in the election administration of other states. [42]

In early January 2021, Eastman was allegedly involved with White House efforts to overturn the results of the 2020 election. Eastman reportedly sat in on calls with then-President Trump and President Trump’s personal lawyer Rudy Giuliani as they allegedly tried to pressure Georgia election officials to declare President Trump the winner and claim that the state had “recalculated” its results. [43]

Days later, the New York Times reported that Eastman had met with then-Vice President Mike Pence (R) in the Oval Office on January 5, 2021 to encourage him to refuse to certify the results of the 2020 presidential election. The article alleged that Eastman had told Pence that he had the power to refuse to certify the results if he chose to do so. [44] Several news organizations denounced the claim, arguing that the vice president was bound by the decision of the Electoral College and had no authority to reject its results. [45] [46]

On January 6, Eastman spoke at the March to Save America rally, after which a group of protestors rioted and stormed the U.S. Capitol building. Eastman claimed in his speech that Democrats had stuffed ballot machines with votes in support of President Biden and other Democratic candidates to steal the election from President Trump and claimed that the “very essence of our republican form of government” was at stake if the election results were certified. [47]

Critics accused Eastman and other speakers and organizers associated with the march of causing crowds to storm the Capitol Building. [48] Eastman denied that his speech had any role in inciting violence at the Capitol, denying that the event was a riot and instead calling it “a hundred thugs out of a quarter-million or half-million people.” Eastman further alleged that the breach of the Capitol was carried out by rioters from Antifa, a left-wing extremist organization, not supporters of former President Trump. [49]

Following Eastman’s speech, a group of 146 Chapman professors called for Eastman’s firing, claiming that he “helped incite a riot” and demanding that he lose his endowed chair at the university. The professors called his claims during his speech “the basis of the insurrection at the Capitol building” and alleged that he had broken the law with speech intended to produce “imminent lawless action.” [50]

Though Chapman University president Daniele Struppa said that he would not fire Eastman, Eastman announced his resignation from Chapman on January 14, following conversations with university officials. [51] [52] Upon retiring, Eastman published a statement defending his actions following the 2020 election and claiming that his colleagues had “published false, defamatory statements” about him. [53]

Also following the speech, University of Colorado (CU) Boulder, where Eastman was a visiting conservative scholar, cancelled Eastman’s scheduled spring courses and stripped him of his public functions on behalf of the Bruce D. Benson Center for the Study of Western Civilization. CU Boulder claimed that officials cancelled the courses due to low enrollment. The university had previously barred Eastman from teaching at the law school in the fall of 2020 following his opinion piece on Vice President Harris and publicly condemned the article. [54]

Eastman responded in late April 2021 when he sued CU boulder for alleged defamation, violation of due process, unlawful retaliation, and the violation of his First Amendment rights. [55] Eastman also alleged that the university had breached his contract and “irreparably damaged his career and his professional standing” with its public comments against him. The lawsuit, in which Eastman is seeking at least $1.9 million in damages, has not been resolved as of August 2021. [56]

Later in January 2021, rumors circulated that Eastman was in consideration to join President Trump’s defense team during his second impeachment trial. [57] Eastman did not represent President Trump in the trial, claiming that he was a “witness” to the January 6 rally and therefore should not have been an attorney in the same case. [58]