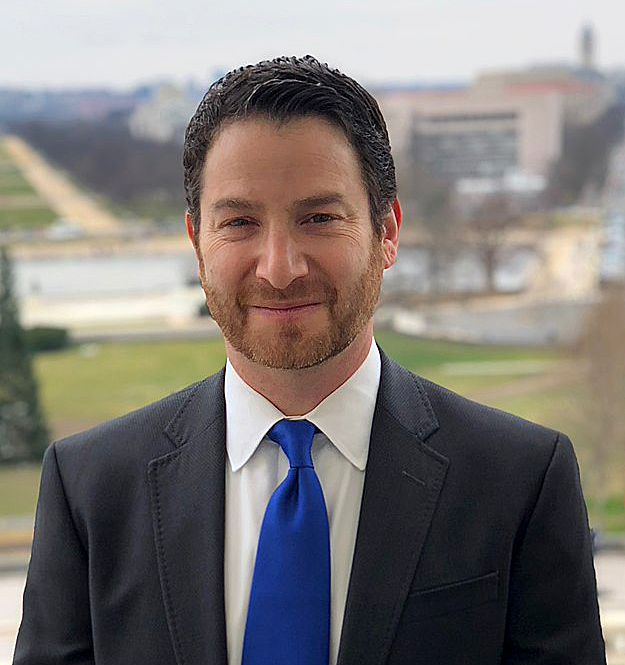 Joel Rubin is a Democratic foreign policy strategist and elected official who was an advisor for U.S. Senator Bernie Sanders’s presidential campaign in 2020. He is the husband of Fix the System coalition leader Nilmini Rubin.

Rubin worked as the first political director of the left-of-center Middle East policy organization J Street. Rubin also served in the Obama administration and on Capitol Hill. Previously, he worked as a career government official in several government departments.

Joel Rubin was born in 1972 to a Jewish family, and he grew up in Pittsburgh. He attended Brandeis University and received a B.A. in politics. He then attended Carnegie Mellon University where he earned an M.S.  in public policy and management with a minor in business administration. [1]

In 2008, Rubin joined the left-wing organization J Street, which advocates for an Israeli-Palestinian peace deal, to work as its first political director. He would also go to work for the anti-nuclear organization Ploughshares Fund. While at those organizations, Rubin would work on supporting left-of-center appeasement-based approaches to Iranian nuclear weapons development, resolving the Israeli-Palestinian problem, and opposing nuclear proliferation. He would work with these organizations until 2014. [4]

In addition to testifying about the State Department’s response to the September 11, 2012 Benghazi attacks in front of the House, Rubin worked to build support for the Iran Nuclear Deal the Obama administration reached. He alleged that Jewish groups which opposed the deal were spreading misinformation: “[we]’re entering a fact-free zone in debating the Iran deal. The best example of the facacta nature of this debate is one WJW reported on Aug. 13, that [former Connecticut Sen. Joseph] Lieberman was named chairman of an advocacy group opposed to the Iran deal. United Against Nuclear Iran’s president, a former White House nuclear expert [Gary Samore] says the deal is worth doing, and he was replaced by a politician without expertise on nuclear proliferation.” Rubin said in an interview with Washington Jewish Week in 2015. [6] He also praised the Obama administration’s outreach to Jewish Americans. [7]

After leaving the State Department in 2015, Rubin established the Washington Strategy Group, a foreign-policy strategy firm based in Chevy Chase, Maryland. [8] Rubin also serves as member of the town council in Chevy Chase.

After his defeat, Rubin continued consulting and also went to work for the left-wing political strategy firm Democracy Partners. [9]

Rubin then announced a bid for the U.S. House race in Maryland’s 8th Congressional District. Rubin ran on his national security background and experience. He was backed by the Council for a Livable World. [10] Rubin was unsuccessful in his bid, losing in the Democratic primary.

In January 2020, Rubin was chosen to be the head of Jewish outreach for the presidential campaign of Bernie Sanders. Sanders had drawn criticism from within the Jewish community for downplaying his Jewish roots and his ties to supporters of anti-Semitic causes such as the Boycott, Divestment, and Sanctions (BDS) campaign to delegitimize Israel. [11]

Rubin wanted to join the Sanders campaign because he wanted to be on the campaign of someone who had the chance to be the first Jewish president. [12]

Rubin is married to Republican strategist Nilmini Rubin and they have three daughters. Rubin is also an adjunct professor at Carnegie Mellon University. [13]