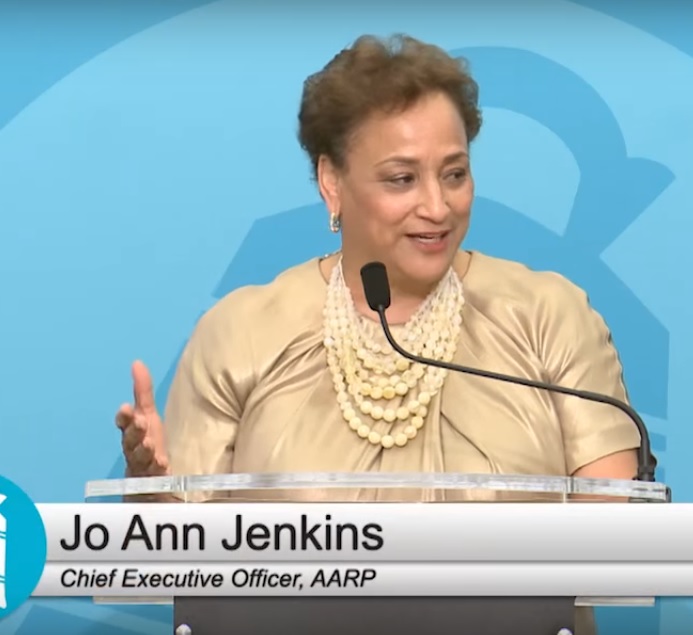 Jo Ann Jenkins is the CEO of AARP (American Association of Retired Persons), a large organization representing older Americans which advocates for left-of-center policy. Before taking office in 2014, she was AARP’s chief operating officer.

After Reagan’s victory in the 1980 presidential race, Jenkins entered the federal government as an executive assistant at the U.S. Department of Housing and Urban Development in 1981. After 4 years at HUD, she left and joined the Department of Transportation where she became a special assistant for minority affairs.[2]

Jenkins then briefly went into the private sector working at Quality Management Services as a partner. She reentered government in 1990 joining the U.S. Department of Agriculture as the director of the Office of Advocacy and Enterprise. She would leave the USDA after the election of Bill Clinton as president.[4]

Jenkins and the AARP also came out against the 2017 tax reform bill. Jenkins criticized the bill for making individual tax cuts temporary, limiting the deduction for state and local taxes, indexing the tax brackets to inflation, and potentially increasing health insurance premiums. She also expressed concerns about cuts to Social Security and Medicare as a result of increasing the deficit.[7]