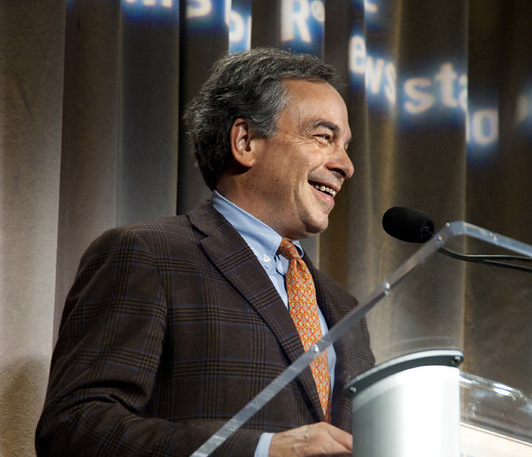 In the past, Bildner was not a major contributor to either major party or their campaigns. In recent years, he has expanded his political giving, donating nearly exclusively to Democratic candidates and causes. [5]

Bildner attended Dartmouth University, graduating in 1975. He then attended Harvard University, where he received his master’s in public policy. He earned his law degree from the Case Western Reserve School of Law, in addition to a master’s in fine arts from Lesley University. [6] He then went to work in the business sector for 22 years. Bildner worked as a consultant for Deloitte and worked as a CEO for two private companies. [7]

Aside from his private work, Bildner has also worked in the public sector. He previously worked as a legislative aide and as a speechwriter in the United States Senate. Bildner also ran for the New Jersey Assembly. Bildner is still involved in the public sector, sitting on the Advisory Panel on Medicare Education of the Centers for Medicare and Medicaid Services of the Department of Health and Human Services (DHHS). [8]

In 2005, Bildner’s son died of a drug overdose, after which Bildner wrote an op-ed calling for changes in U.S. drug policy which included both stricter enforcement of anti-drug laws and more funding for treatment and research into addiction. [9]

In 2008, he was awarded the Dartmouth Alumni Award. [10] Bildner has since become a lecturer in public policy at the Harvard Kennedy School of Government. [11]

CEO of the DRK Foundation

The Foundation also contributes to left-of-center organizations focused on immigration. It has donated to the Immigrant Justice Corps and the International Refugee Assistance Project, among others. These are organizations that support liberal policies to increase migration to the United States. [13]

Bildner was not a major donor to either party’s political campaign until the late 2010s. In 2012, he only donated to then-President Barack Obama’s presidential campaign and U.S. Senator Elizabeth Warren’s (D-MA) Senate campaign in Massachusetts. [15]