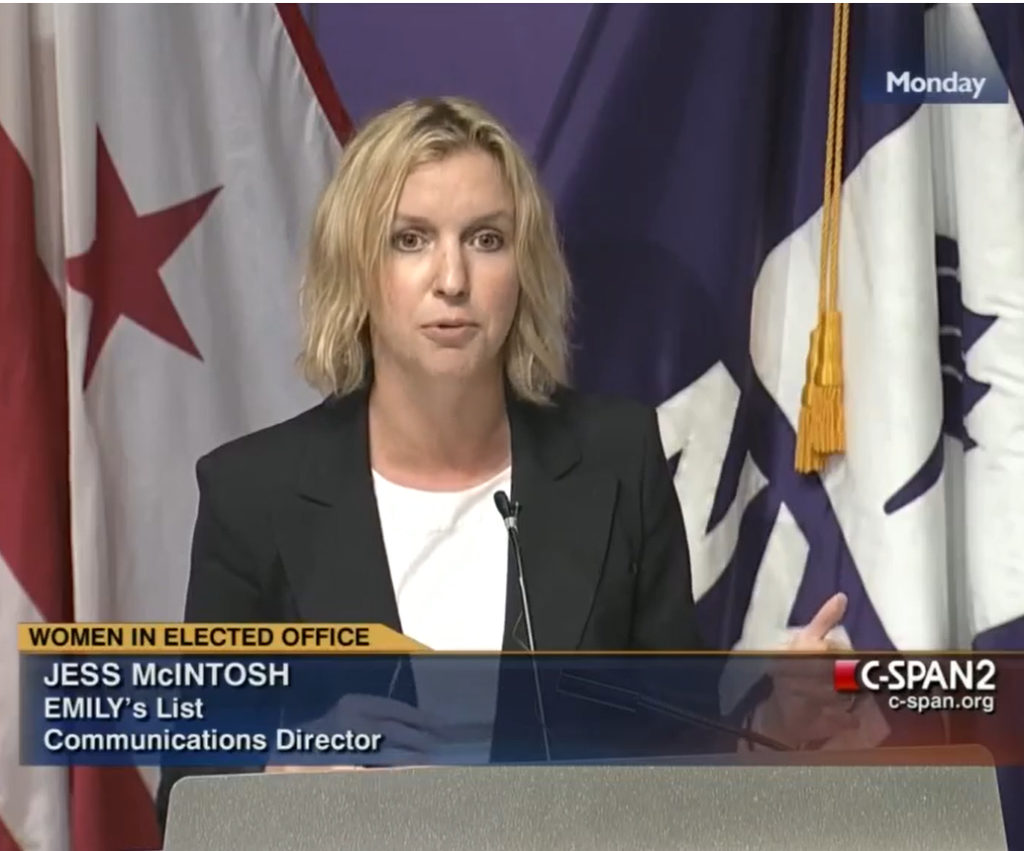 Jess McIntosh is a Democratic Party operative and left-wing activist who has worked for Democratic and liberal candidates and political efforts in New York, Minnesota, and at the national level. As of 2020, she was editor-at-large for the American Independent (formerly Shareblue), a liberal blog network associated with controversial operative David Brock.

In May 2018, McIntosh alleged in Elle that former New York Attorney General Eric Schneiderman (D) had kissed her in questionable circumstances after dinner several years earlier. [1] Schneiderman had resigned earlier in the month amid allegations of abusive behavior by multiple former romantic partners. [2]

In 2004, McIntosh was a policy advisor to the campaign of New York City politician Scott Stringer (D) for Manhattan Borough President. The following year, McIntosh worked on the communications team of incumbent Michael Bloomberg in his reelection campaign for Mayor of New York City on the Republican Party ticket. [3] (Prior to running for Mayor in 2001, Bloomberg had been a lifelong member of the Democratic Party; he would rejoin the Democrats after a spell as an Independent to run for President in 2020.)[4]

In 2007, McIntosh was a spokeswoman for the Minnesota Democratic-Farmer-Labor Party (DFL), a political party in Minnesota affiliated with the national Democratic Party. [5] On March 16, 2007, McIntosh informed Minnesota Public Radio that that day would be her last with DFL and that she would be joining the Senate campaign of Al Franken on April 2. [6] For two years, McIntosh worked on Franken’s campaign as his press secretary, and following his election to the U.S. Senate, McIntosh was Franken’s chief press manager until 2010. [7]

From 2010 to April 2016, McIntosh was the Vice President of Communication at EMILY’s List, a federal political action committee (PAC) that bundles and makes contributions to pro-abortion female candidates running on the Democratic ticket for federal office. [8][9] At the end of her tenure at EMILY’s List, a press release from the organization announced that McIntosh would be joining Hillary Clinton’s Presidential campaign as director of communications outreach. [10]

On May 31, 2018, Elle published an article by McIntosh in which she gave accounts of an incident that she alleges occurred when she was 23 years old involving Eric Schneiderman, who at the time was a Democratic state senator representing New York’s 31st Senate district. In the article, McIntosh describes how, though she had initially recounted the incident to her friends as “The Time I Went Out with the (Relatively) Hot Older State Senator,” as she aged, she gradually changed the way in which she framed the event to her peers. At 27 years old, for instance, McIntosh described the story as “the Time the State Senator Tricked Me into Going on a Date.” In the article’s conclusion, McIntosh, then 36 years old, characterized the incident as “the time I spent an evening with a monster.” [14]

McIntosh’s article was published during a period of extensive news coverage of Schneiderman in the wake of his resignation as New York Attorney General following allegations of abuse from former romantic partners. [16]