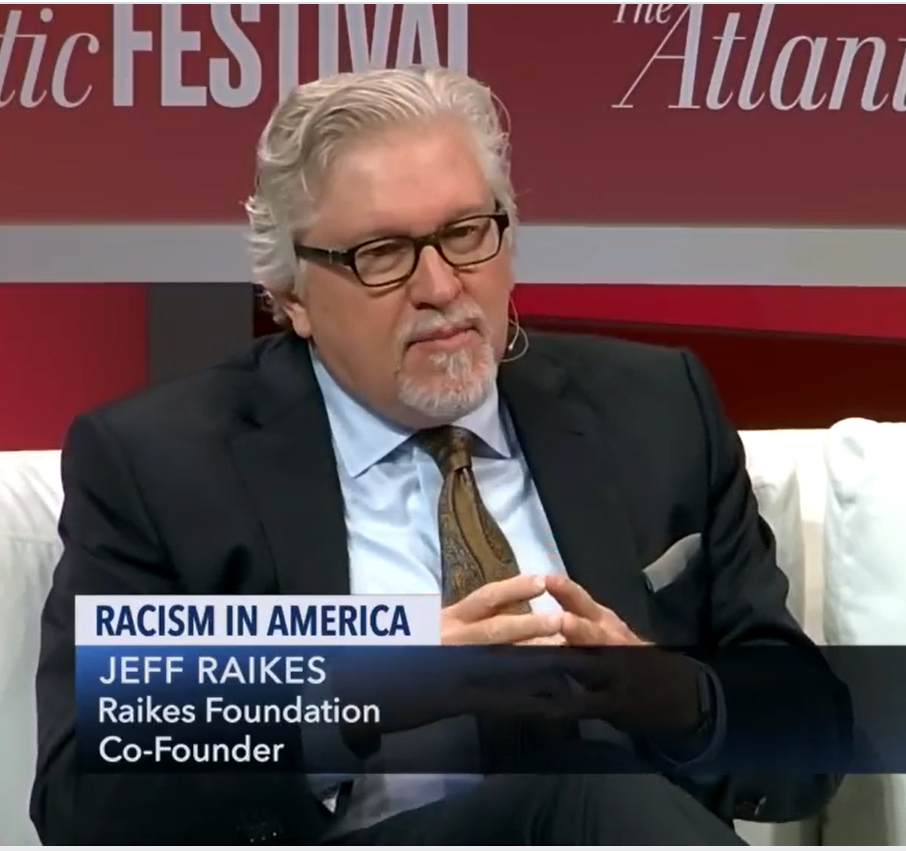 Jeffrey (Jeff) Raikes is a left-leaning millionaire and philanthropist. He is the co-founder, alongside his wife, Tricia, of the Raikes Foundation. He sits as a chair on of the Stanford University Board of Trustees. [1] He is a longtime associate of billionaire software developer Bill Gates, having worked for Microsoft and as CEO of the Bill and Melinda Gates Foundation.

Raikes has part ownership in Major League Baseball’s Seattle Mariners, for which he also sits on the board of directors. [2]

Raikes was raised on a 3,000-acre farm in Ashland, Nebraska. After working in the cornfields during his youth, he went to Stanford University where he earned a bachelor’s degree in engineering-economic systems in 1980. [3] After completing school, Raikes joined Apple Computer, but after two years he moved to join Bill Gates at Microsoft. He stayed at Microsoft for over 28 years, becoming one of the company’s top executives. While at Microsoft, he met his wife, Tricia. It is reported that his work at Microsoft netted him $450 million, plus fortune. [4]

Raikes and his wife have three children, all of whom earned degrees from Stanford University. [5]

In 2008, Raikes was named the CEO of the Bill and Melinda Gates Foundation, the world’s largest charitable foundation, although he did not have a lot of prior experience in philanthropy. In 2013, Raikes stepped down from his role as CEO in order to focus his personal philanthropy, the Raikes Foundation . [6]

In 2016, Raikes gave a $3 million private gift to the University of Nebraska’s Nebraska Food and Health Center. In addition, the Bill and Melinda Gates Foundation donated $2 million, while the Raikes pledged another $1 million “as a challenge to other potential donors.” [11]

Raikes and his wife are actively involved and large donors to Stanford University’s Center for Comparative Studies in Race and Ethnicity. [12] Raikes said he hopes to assist Stanford to not just cope with these demographic changes, but to use it to their advantage. He and his wife are also involved with the Center on Food Security and the Environment. They also created the Jeff and Tricia Raikes Undergraduate Scholarship Fund to assist students admitted to Stanford from rural and inner-city schools. [13]

He has served on the School of Engineering’s Strategic Council and on the Major Gifts Regional Committee of The Stanford Challenge fundraising campaign. [14] He has served on a variety of committees, including Globalization, Investment Responsibility, Finance, and Audit, Compliance, and Risk. [15] He previously served on the Strategic Council of the School of Engineering and on the Seattle Major Gifts Committee of The Stanford Challenge. Raikes and his wife also helped establish the Mindset Scholars Network, which is within the Center for Advanced Study in the Behavioral Sciences at Stanford. [16]

Raikes has been involved in other areas of the university, including Cardinal Service, the Knight-Hennessy Scholars Program, the Center on Philanthropy and Civil Society, the Graduate School of Education, and the Project for Education Research That Scales (PERTS) Mindset Challenge. He was the regional chair for Leading Minds and for Think Again.

He is a board member of the Alliance for a Green Revolution in Africa (AGRA),[19] a director of Costco Wholesale Corp. (since 2008) and the chair of its Nominating and Governance Committee,[20] and board chair for the Daugherty Water for Food Global Institute. [21]

Raikes and his wife, along with a group of partners, created Giving Compass, an online portal to help connect donors, provide resources, and to educate donors about how to give better. [22]

In 2016, Raikes gave $35,800 in financial contributions to candidates affiliated with the Democratic Party, specifically to committees supporting the presidential campaign of Hillary Clinton and the campaign of former U.S. Senator Russ Feingold (D-WI) for a U.S. Senate seat in Wisconsin. [23]

The Raikes Foundation has joined with other left-of-center organizations in taking a public stance denouncing and criticizing President Donald Trump. [24] Raikes and his wife team have been publicly outspoken against the Trump administration on multiple occasions. [25]