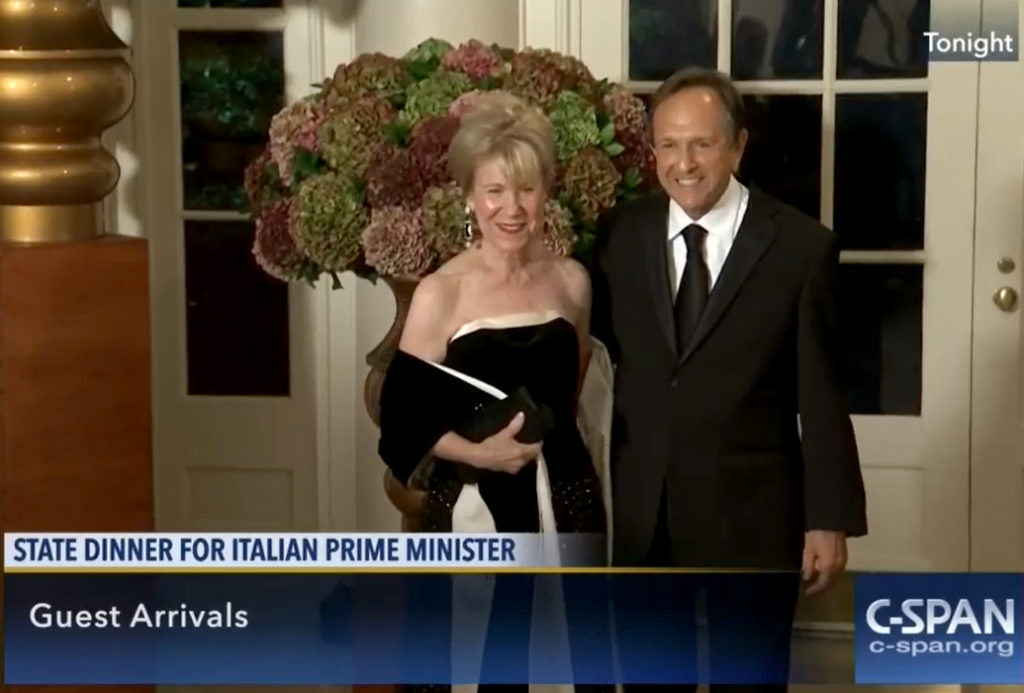 Henry “Hank” Goldberg is a real estate executive and major donor to left-of-center political candidates and advocacy organizations. Along with his wife, Carol Brown Goldberg, he has contributed millions to the Democratic Party and Democratic candidates.

Henry Goldberg is the founder and chairman of Artery Capital Group LLC, where he has worked since its founding in 1959. [1] Goldberg is still involved in the day to day operations of the company which has built and renovated 20,000 apartments over 49 years. [2] Mr. Goldberg also founded a home-building company, was a trustee and board member at Equity Residential from 1995 to 2002, was a member of the Apartment and Office Building Association, was a board member of Madison National Bank, and was a member of the Greater Washington Board of Trade. [3] Goldberg has also served on the advisory board of American University and the board of the University of Maryland Foundation. [4]

The Goldbergs have made charitable contributions of $90,000 to the David Lloyd Kreeger Foundation, a fund connected to the Kreeger Museum which has featured Carol’s art. [5][6][7] The Goldberg family does not appear to publicly sponsor any other charitable organizations.

The Goldbergs also support the Democratic National Committee (DNC) and state Democratic committees. In 2017 and 2018 alone, Henry and Carol contributed $633,900 to the DNC, with their combined lifetime contributions totaling around $1,000,000. [9]

Henry Goldberg’s company was sued for alleged housing discrimination in a 1987 court case. The plaintiffs, residents of two apartment complexes, alleged that Artery’s decision to evict the 691 tenants, mostly minorities, constituted discrimination under the Fair Housing Act. [14] Goldberg’s company settled the suits and made agreements with local governments to provide reserved housing units for poorer residents. [15]

In 2016 the New York Times reported that the Goldbergs were among the members of the Democratic Party’s “wealthy donor class” seen engaging in “bluntly transactional exchanges necessary to harvest hundreds of millions of dollars.” [16] The Goldbergs sought out Democratic National Committee staffers and communicated that they would be interested in hosting a $350,000 fundraiser and donor roundtable at their home in Chevy Chase as long as then-President Obama was able to personally attend. [17] The fundraiser was apparently cancelled when the President was unable to attend. [18]

Later, however, the Goldbergs hosted a fundraiser at their home in Chilmark where President Obama made an appearance “to stump for Hillary Clinton.” [19]