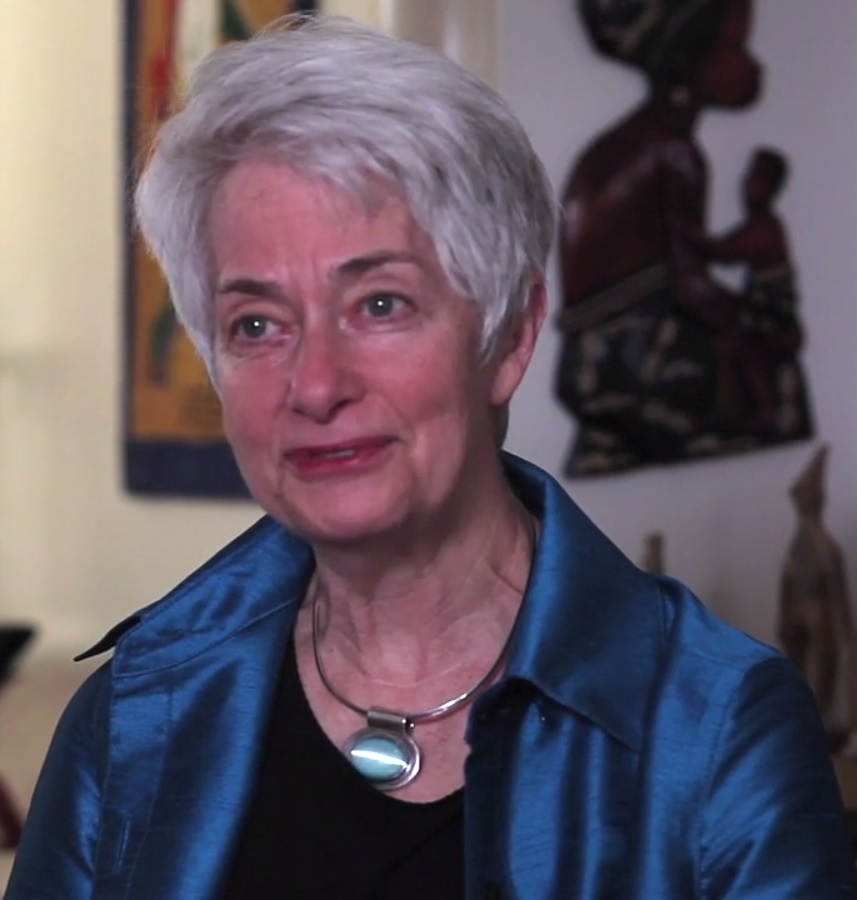 American political activist Heather Booth, in documentary about her by Lilly Rivkin. (link) by JARX https://www.jarx.media/ is licensed CC BY 3.0 (link)

Heather Booth is a career left-of-center activist and organizer. Her political involvement began in the Civil Rights Movements. She was involved with a number of radical left causes in the 1960s and 1970s, but entered mainstream Democratic Party politics in the 1980s.

In the 1960s, Booth started an underground network of feminist activists that referred women to illegal abortion providers. [1] In the 1970s, she set up a training center for left-of-center activists. [2] In the 1980s, she founded a lobbying group for left-of-center policies. [3] She also helped elect left-progressive Democrat Harold Washington mayor of Chicago in the 1980s. More recently, she played a leading role in creating the Consumer Financial Protection Bureau, a federal regulatory agency, and was a founding partner at the influential Democratic Party-affiliated consulting firm Democracy Partners. [4][5]

Heather Booth started her career as an activist during the Civil Rights Movement, helping register black voters and organize “freedom schools,” or informal free schools for Black students. She went on to get involved in a variety of left-of-center causes. [6]

Booth co-authored the 1969 pamphlet Socialism and the Coming Decade, which advised socialists to move away from confrontational activism and engage in lower-profile, incremental transformation of society. It also encouraged activists to adopt issues like urban renewal and health care to make the socialist movement appear more compatible with the concerns of ordinary people. [7]

Booth also co-authored the Chicago Women’s Liberation Union’s 1972 manifesto Socialist Feminism: A Strategy for the Civil Rights Movement. According to the authors, “it is important to define ourselves as socialist feminists, and to start conscious organizing around this strategy.” The authors claim that capitalism is an “institutionalized form of oppression” and go on to endorse a “socialist vision” of the world, in which those perceived to be in the “ruling class” will have their property taken from them. [8]

Booth first became involved in political activism at the University of Chicago. She later said her college experience was “like magic” because of “all these struggles, all these movements” taking place on campuses in the 1960s. After college, she worked for a market analyst, but says she was fired for encouraging secretaries at the firm to form a union. She successfully sued her former employer in 1972 and used the settlement money to set up the Midwest Academy, a training center for left-of-center activists. Several years later, the Academy briefly came under congressional investigation because it was receiving federal grants to train AmeriCorps volunteers. Booth left the Midwest Academy in 1980 and formed the lobbying group Citizen Action (now People’s Action). [9]

Starting in the 1980s, Booth became more formally involved in Democratic Party politics. In 1983, she campaigned for Chicago, Illinois, mayoral candidate Harold Washington, and in 2007, then-law professor Elizabeth Warren recruited her to create Americans for Financial Reform, which supported the creation of the Consumer Financial Protection Bureau. [10] Booth joined the consulting firm Democracy Partners as a founding partner when it launched in 2011. [11]

Booth has been a supporter and enabler of unrestricted abortion access since the 1960s. In 1965, Booth put a friend’s relative in touch with an illegal abortion provider, and soon began receiving more requests for referrals. In 1969, she helped set up the Abortion Counseling Service of Women’s Liberation, an underground service which connected women with doctors willing to perform illegal abortions. In 1971, the group discovered that one of their providers, who was performing as many as 20 abortions every day, was not a licensed doctor. However, some members of the group decided to learn how to perform abortions from him. (One former member called him “more skilled than a doctor” and claimed that “if he can do it, then we can do it, too.”) In 1972, police raided the apartment where the group operated and arrested several members, but by the time their case went to trial, the Supreme Court had mandated legal abortion nationwide in Roe v. Wade. The charges were dropped and the group disbanded. [12]

Booth continues to support groups that raise funds to cover abortion costs for women and oppose right-of-center legislators’ efforts to limit abortion access. She has cited her Jewish faith as her motivation for promoting abortion. [13]

In addition to the organizations she has helped found, Booth has provided consulting and training services for, and has held senior positions with, a wide range of left-of-center organizations. These include, but are not limited to:

A biography at the left-of-center HuffPost describes Booth as “one of the leading strategists about progressive issue campaigns and driving issues in elections in the United States [sic].” [14]

The far-left group Democratic Socialists of America, which describes itself as the largest socialist organization in the country, presented Heather Booth with its Thomas-Debs Award in 1987. [15] The National Organization for Women recognized Booth in 2013 for her role in providing illegal abortion services during the 1960s and 1970s. [16] U.S. Senator Elizabeth Warren (D-MA) summarized Booth’s impact on left-of-center activism thus: “When I asked how to get organized, I was told two words. Heather Booth.” [17]

In an article for Investor’s Business Daily, former Hoover Institution fellow Paul Sperry alleged that Booth and other socialist activists “played a shockingly outsized role” in the creation of the Consumer Financial Protection Bureau.” [18]

In 1967, Heather Booth married Paul Booth, who was serving as the national secretary of Students for a Democratic Society, a far-left radical group which instigated protests and riots on college campuses throughout the 1960s. [19] He went on to work as the organizing director of the American Federation of State, County and Municipal Employees (AFSCME), the largest union for government workers other than teachers in the United States, and eventually became the executive assistant to the union’s president. [20]

Heather and Paul Booth had two children. In an interview for the Chicago Women’s Liberation Union, Heather Booth said that they decided to have a second child in part so that Paul Booth could avoid the draft for the Vietnam War. Heather Booth claimed that a “punitive draft” would target her husband, whose position at Students for a Democratic Society made him a leader in the anti-war movement. She also said that her fellow feminist activists initially encouraged her to have the child, but later took issue with her continued involvement in the movement while taking care of her child. [21]