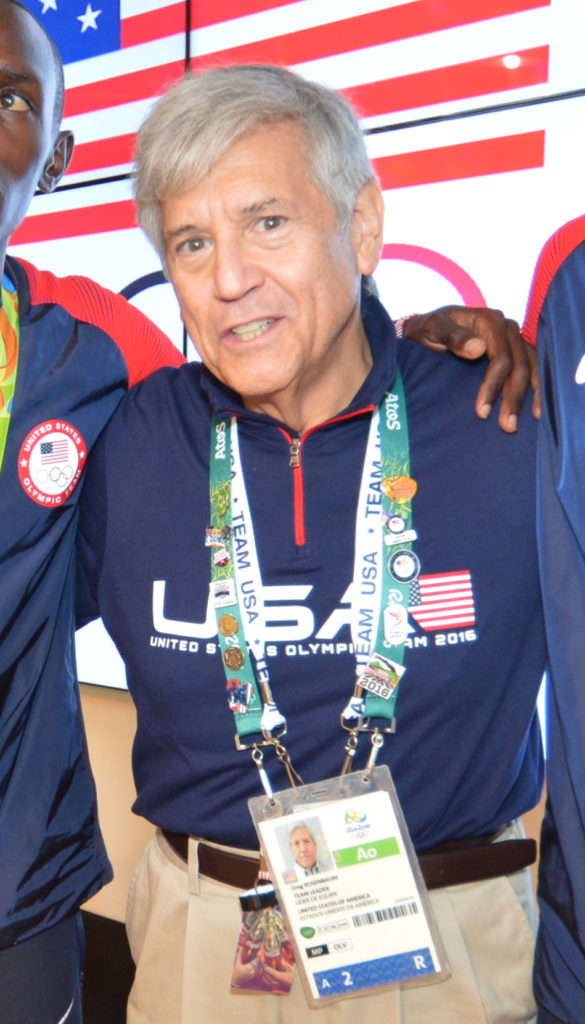 Greg Rosenbaum is the president and founder of Palisades Associates, a banking firm. [1] He has served as the director of TVC Communications and CEO of Empire Kosher Poultry. [2] Rosenbaum has used his wealth to support left-of-center causes and Democratic candidates. He has served as the chairman of the National Jewish Democratic Council,[3] a board member of the Center for American Progress Action Fund,[4] and vice-chair of the Platform Committee for the 2016 Democratic National Convention. [5]

Rosenbaum served as the chairman of the National Jewish Democratic Council (NJDC), a constituency group for Jewish members of the Democratic Party. [6][7]

The Center for American Progress Action Fund (CAP Action), the advocacy arm of the left-of-center D.C. think tank Center for American Progress (CAP) counts Rosenbaum as one of its board members. [8] CAP was founded by John Podesta, who worked for Bill Clinton, the Obama White House, and Hillary Clinton’s 2016 Presidential campaign. CAP published the left-wing blog ThinkProgress until a proposed sale in 2019. [9]

Rosenbaum served on the Platform Committee for the 2016 Democratic National Convention as vice-chair. [11] The Democratic platform included a proposal to repeal the Hyde Amendment, which forbids government funds from being used for abortions. [12] Increasing taxes, a path to citizenship for illegal immigrants, and increasing the amount of government regulation all were cornerstones of the Democratic platform. [13] The platform was a shift to the left from the one President Barack Obama ran on in 2012: Changes to the platform from 2012 included calling for a $15 minimum wage, taxing carbon emissions, increasing red tape placed on the financial industry, abolishing the death penalty, and allowing the postal service to provide “basic banking services.” [14]

Rosenbaum gave over $55,000 to Democratic candidates and PACs during the 2014 election cycle. [18] He donated $10,000 to the DNC alone. Democrats that received a donation from Rosenbaum include Senator Al Franken (D-MN), Senator Gary Peters (D-MI), Senator Mary Landrieu (D-LA), and Senator Mark Pryor (D-AR). [19]

The 2012 election cycle saw Rosenbaum give over $80,000 to Democrats. [20] Senator Elizabeth Warren (D-MA), Senator Kirsten Gillibrand (D-NY), and the Democratic Congressional Campaign Committee all took a donation from Rosenbaum. Additionally, Rosenbaum was one of President Barack Obama’s top fundraisers, generating almost $500,000 in donations to the campaign. [21]

In 2007, Rosenbaum was given the National Trade Union Council for Human Rights Award by the Jewish Labor Committee, a left-of-center pro-union group. [22] In attendance during the award dinner was former Mayor of New York City Michael Bloomberg. In 2009, Rosenbaum received the Philadelphia Jewish Labor Committee’s Labor Human Rights Award along with Senator Bob Casey (D-PA). [23]

In 2015, Rosenbaum attacked Christian Republicans at the Jewish Federations of North America General Assembly saying, “you’ve got Evangelical Republicans supporting Israel because they are building a stairway to heaven on the backs of the Jews in Israel.” [24] Christians United for Israel called for an apology, and Republican Jewish Coalition executive director Matt Brooks said the remarks were offensive to “Evangelical Christians, who have demonstrated their unhesitating and passionate defense and support of Israel during some of the most difficult times Israel has faced.” [25]