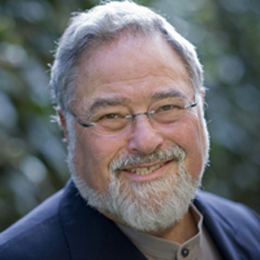 George Lakoff is a cognitive linguist and a “Berkeley progressive,” who taught linguistics at the University of California, Berkeley from 1972 to 2016. [1] He is an active voice in left-of-center politics, and has been working on the concept of “moral frames” for over fifty years. Following this concept, Lakoff has focused his work on systems based on morals and politics, especially in regards to language. [2]

Lakoff is the founder of the Rockridge Institute, a left-progressive think tank focused on “providing intellectual support” to liberal candidates and politicians, by helping them to reframe political metaphors. [3] Lakoff saw a lack of issue and messaging framing from the progressive perspective in public discourse and formed Rockridge Institute to fill that void. [4] Lakoff is a former Strategic Consultant for the public relations firm Fenton Communications. [5]

Lakoff claims that conservatives, and conservative think tanks especially, have framed nearly every issue to fit their point of views, by creating and promoting their own language for their ideals. Conversely, Lakoff saw a lack of framing from the left-of-center perspective, and intended for Rockridge Institute to fill that void. [6]

When speaking of politics, Lakoff compares government to family, and defines two key frames: a conservative “strict-father model” and a progressive “nurturant parent model.” [7] Following these two key frames, Lakoff posits that in the conservative strict-father model, facts are not a necessary part of politics, and that general ideas will suffice. In the progressive nurturant parent model, facts and science matter, people are all equal, and people can govern themselves. Lakoff notes that these two ideas of family values are in direct conflict with each other in our society. [8]

Lakoff served as an advisor to former Vermont Gov. Howard Dean (D) during his Presidential campaign in 2004. He believed that in order to win against incumbent President George W. Bush, a Democratic candidate would have to develop a language representing a set of ideas, and then repeat those words over and over again. [9]

Lakoff claims that President Donald Trump uses words as weapons, and goes to far to say that his language, especially when it is repeated in the media, “poses an existential threat to democracy.” Lakoff alleges that Trump is controlling the press, merely by having his words and ideas covered by the press. He also claims that enough repetition of specific language can change a person’s worldview, especially in regard to sociopolitical issues. [10]

Environmentalist organizations such as Sierra Club, and American Rivers have also sought advice on framing from Lakoff. [11] When speaking of issues like climate change, Lakoff differentiates between direct causation and systemic causation, especially in terms of major weather events. He claims that linguistics does not have any easy way to express systemic causations, which is not favorable to framing the concept of climate change. [12]

Lakoff is the author of numerous books including Communicating Our American Values and Vision, Don’t Think of an Elephant: Know Your Values and Frame the Debate, and Moral Politics: How Liberals and Conservatives Think, among others. [13]