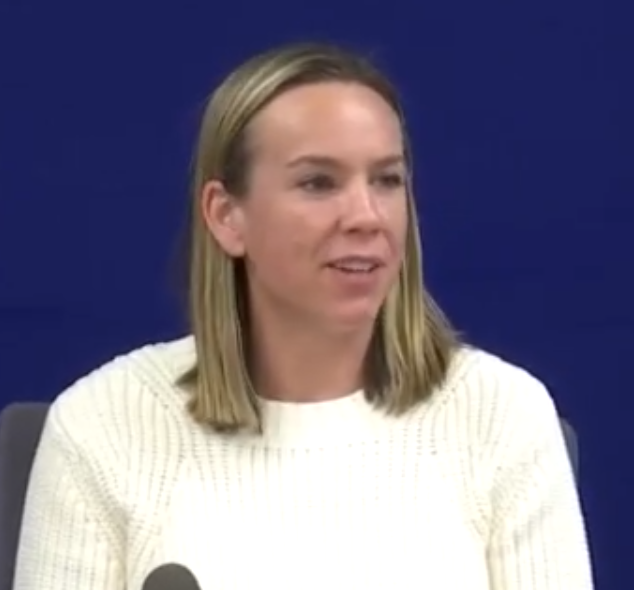 After her time at the DSCC, Pearson became executive director for the Democratic Governors Association (DGA), an organization which aims to elect Democratic governors. Under Pearson’s leadership, the organization helped to elect 10 Democratic state and territorial gubernatorial candidates to positions previously held by Republicans or independents in the 2017-2018 cycle. [3]

During her tenure with the organization, Pearson focused on growing DGA through grassroots fundraising and working closely with Democratic incumbents to grow awareness around of the organization. While in her role, Pearson encouraged governors to support the redrawing of district maps to create more favorable conditions for Democratic candidates. Pearson uses her position of electing Democratic Governors to ensure that states have the power to redraw congressional maps to help benefit the Democratic party. [4]

While at DGA, Pearson became a founding board member of the National Democratic Redistricting Committee, an organization which aims to redraw congressional maps in order to benefit the Democratic Party. The organization was founded and remains directed by former Obama administration Attorney General and Democratic operative Eric Holder. [5]

Until 2018, Pearson sat as president of the NDRC. Though NDRC has frequently claimed to be a nonpartisan organization aimed at guaranteeing fair representation, Pearson admitted during a 2017 interview with the Washington Post that organization was working to make legislative maps “more favorable to Democrats.” Pearson also sits on the board of directors at the National Redistricting Foundation, the 501(c)(3) affiliate of the NDRC. [6]

After leaving DGA in 2018, Pearson founded the consulting firm Magnus Pearson Media alongside Adam Magnus, a former partner at Shorr Johnson Magnus. Magnus worked with a long list of Democratic political officials while at Shorr Johnson Magnus to produce campaign advertisements and other favorable media. [7]