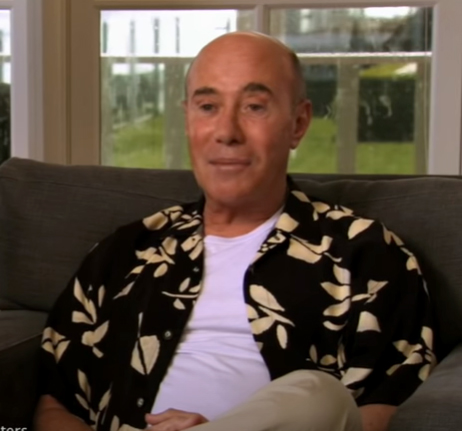 Geffen founded Asylum Records and Geffen Records. He was also a co-founder of DreamWorks SKG. [1]

He has been called Hollywood’s wealthiest man. [5]

Geffen got his start in the entertainment business as an usher at CBS-TV New York. After working his way up to the position of receptionist for the show “The Reporters,” he was let go. [6]

Geffen founded Asylum Records with his former WMA colleague Elliott Roberts in and signed musicians such as Jackson Browne and Linda Ronstadt to deals. In the early 1970s, Asylum merged with Elektra Records. With $2 million in cash and $5 million in Warner Communications stock, Geffen became one of the company’s largest shareholders after the merger. [10]

Geffen was involved in opening the Los Angeles nightclub The Roxy in September 1973, being one of three “original partners” of owners Lou Adler and the late Elmer Valentine. Neil Young performed on the opening night of the club. [11] Geffen met the entertainer Cher at the opening and reportedly began a romantic relationship before Cher’s divorce from Sonny Bono was finalized. [12]

In 1975, he left his post as president and chairman of Elektra/Asylum Records to become the vice chairman of Warner Brothers Pictures. [13]

Geffen was diagnosed with bladder cancer in 1976. [14] After the diagnosis, he retired from the music industry and began teaching at Yale University. [15]

However, he discovered in 1980 that he had been misdiagnosed, so he returned to the business by founding Geffen Records. He signed John Lennon on as one of the company’s first artists. Lennon’s album “Double Fantasy,” recorded with his wife Yoko Ono, was released in late 1980. He also signed Elton John, Don Henley, and Peter Gabriel. [16] [17]

After Lennon’s murder, Geffen delivered a statement on behalf of Ono, his widow, to the press. [18]

Geffen Records also signed Bob Dylan, Aerosmith, Guns N’ Roses, Nirvana, and Cher. It also signed Neil Young. According to Turner Classic Movies’ biography of Geffen, Geffen would later sue Young “on the grounds that he had submitted songs uncharacteristic to his usual sound. Though the lawsuit was later settled, Young left the label for Reprise Records in 1988.” [19]

Geffen was inducted into the Rock & Roll Hall of Fame as a “non-performer” in 2010 for his contributions to the industry. [20]

In 1990, Geffen won a Daytime Emmy Award for Beetlejuice in the Outstanding Animated Program. [22]

In 2006, the DreamWorks founders sold the company to Viacom, the parent company of Paramount Pictures, for $1.6 billion. [25]

Geffen has contributed heavily to the Democratic National Committee. [27]

As a top fundraiser for the Democratic Party in the 1990s, President Bill Clinton gave him an overnight stay at the White House. [28]

Geffen was criticized in 1999 for what was perceived as insensitive comments after a school shooting in Colorado. President Bill Clinton called for Hollywood to tone down the violence in films. In 1999, the same year he feuded in public with President Clinton about violent movie content, Geffen hosted a Hollywood fundraising event that hauled in about $1.5 million for Democratic congressional candidates. [29]

During the 2008 Democratic presidential primary, he supported Barack Obama over Hillary Clinton. He said, “Everybody in politics lies, but they (Bill and Hillary Clinton) do it with such ease, it’s troubling.” [30]

He contributed $200 million to UCLA’s Medical Center. This prompted the renaming of the David Geffen School of Medicine. [32]

He has also contributed to Gay Men’s Health Crisis, God’s Love We Deliver, and the Elton John AIDS Foundation. [34]

In 2021, Yale University’s drama school announced a $150 million donation from Geffen that will make the school free for all current students and students in the immediate future classes. [35]

Geffen is the son of Abraham and Batya Geffen. David Geffen’s biography at Turner Classic Movies claims that Geffen learned business skills from his mother, who ran a corset shop. [36]

In 1992, Geffen came out publicly as a gay at the Los Angeles AIDS Project Commitment to Life dinner. The Advocate, a gay magazine, named Geffen its Man of the Year in 1992. [37]

During the COVID-19 lockdown in 2020, critics accused Geffen of being tone-deaf when he posed an Instagram photograph of isolating himself on his yacht the Rising Sun, reportedly worth an estimated $590 million, in the Caribbean. He had previously used the 453-foot yacht to host guests such as Barack and Michelle Obama, Jeff Bezos, Tom Hanks, Oprah Winfrey, and Orlando Bloom. [38]

Geffen owns millions of dollars of real estate in New York and California. This includes a $54 million 12,000 square-foot penthouse in Manhattan. He also owns a $2 billion art collection. [39] He once owned the Jack Warner Estate (named after the co-founder of Warner Brothers, who moved into the mansion in 1937). He reportedly sold the Warner Estate in 2020 to Jeff Bezos for $165 million. [40]