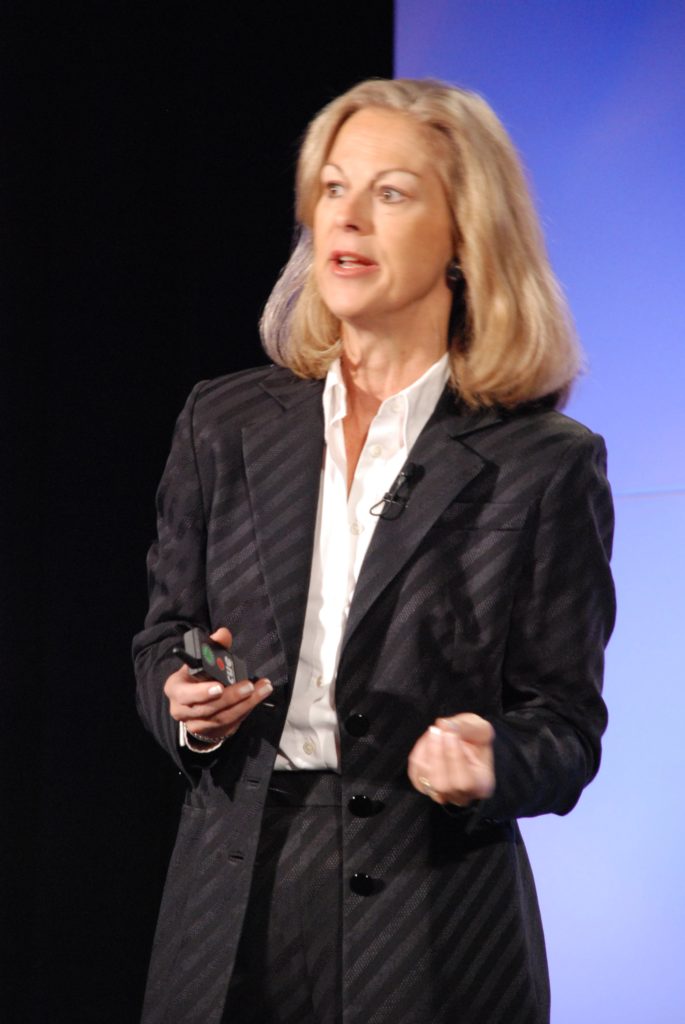 Christie Hefner is the daughter of Playboy founder Hugh Hefner and his first wife, Mildred (Millie) Williams. Christie Hefner supports left-of-center causes, having made donations of hundreds of thousands of dollars to left-of-center politicians and sitting on the Board of Directors for the Center for American Progress Action Fund (CAP Action). [1]

Hefner was the CEO of Playboy from 1988 to 2008, which earned her the title of longest-serving female chairman and CEO of a US public company. For three years, Fortune magazine added her to its list of “Most Powerful Women.” [2]

The Hefner family are long-standing supporters of left-leaning politicians. Christie Hefner and her father hosted numerous fundraisers for Democratic politicians and liberal organizations at varied Playboy locations including the Playboy Mansion. Groups that the Hefners feted included the ACLU, National Abortion and Reproductive Rights Action League (NARAL), and Rock the Vote. [3]

During Hefner’s term as CEO of Playboy, the magazine was condemned by the Committee for Accuracy in Middle East Reporting in America (CAMERA) for expressing anti-Semitic propaganda due an article that supported Jimmy Carter’s position that labeled Israel’s treatment of Palestinians as similar to the former system of apartheid in South Africa. [6]

Hefner is a leader in feminist groups including the Committee of 200, The Chicago Network, and Emily’s List. Emily’s List is the leading political action committee in supporting pro-abortion-rights women for political office. [7]

In 1979, on the 25th anniversary of Playboy, Christie Hefner founded the Hugh M. Hefner First Amendment Awards. The award was created to recognize those who have made significant contributions in protecting First Amendment rights for all Americans. [8]

The majority of award recipients and judges represent left-of-center views and  organizations. Representatives from organizations like the American Civil Liberties Union (ACLU), CNN, the New York Times, Los Angeles Times, and The Nation are intermingled as judges and award winners. [9]

Left-wing celebrities like Michael Moore, Bill Maher, Norman Lear and Ed Asner are representative of the political views of the most awardees, matched by the judges who include U.S. Representative Maxine Waters (D-CA) and liberal defense attorney Alan Dershowitz. [10]