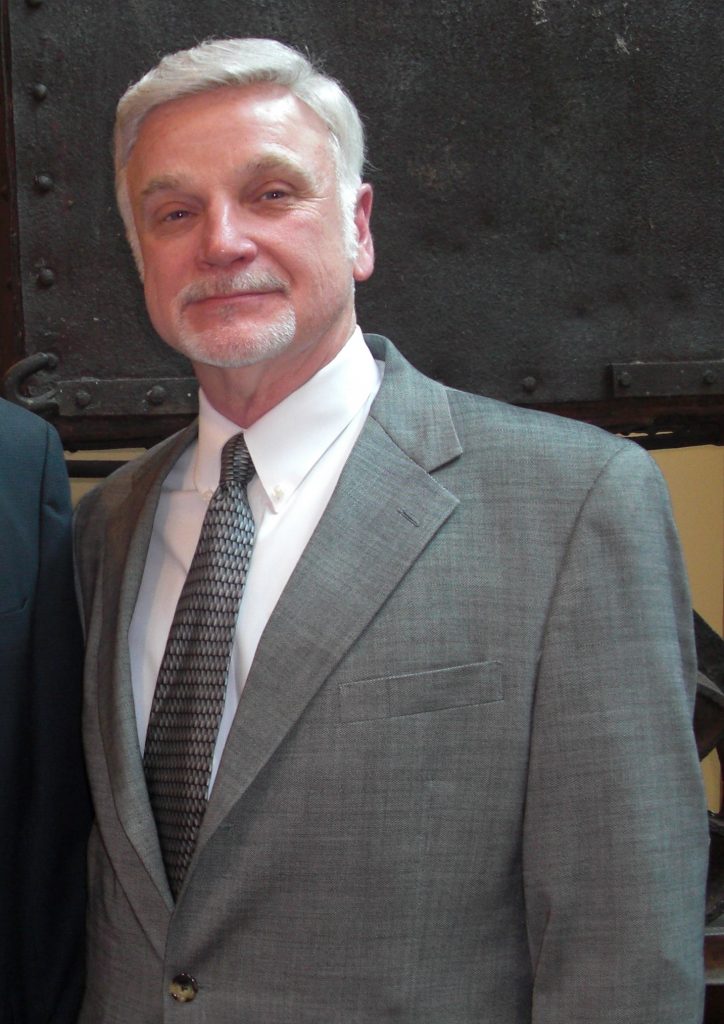 Cecil Roberts, President of the United Mine Workers of America (link) by Bernard Pollack/(aflcio) is licensed CC BY 2.0 (link)

Cecil E. Roberts Jr. is president of the United Mine Workers of America (UMWA); by virtue of holding that position he is also a vice president of the AFL-CIO and sits on the AFL-CIO’s executive council. Roberts has won the Eugene V. Debs Award, which is named for a former socialist presidential candidate, as well as awards from other left-of-center groups, such as the Rainbow Coalition. [1] [2]

Though Roberts is typically supportive of the Democratic Party, he has been critical of President Joe Biden’s environmentalist policies, insisting that the proposals will cost thousands of jobs if enacted. [3] While he opposes left-wing Green New Deal proposal in Congress, Roberts has expressed support for combatting climate change through government regulations. [4]

Cecil Roberts is a sixth-generation coal miner who grew up in Cabin Creek, West Virginia. Both of his grandfathers were killed in mines. [5]

Roberts served in the U.S. Army fighting in the Vietnam War in 1967 and 1968. [6] After leaving the military, he worked in the Carbon Fuels’ Number 31 Mine in Winifred, West Virginia, where he was elected to the Local Union 2236 mine safety and political action committee.  He became active in the left-of-center organizing group Miners for Democracy in 1972. In 1977 Roberts was elected as vice president of UMWA District 17, and he was re-elected by the local union in 1981. [7] [8]

Roberts ran for UMWA vice president in November 1982, and he was elected on a slate with labor organizer Richard Trumka as president and John J. Banovic as secretary-treasurer. The three ran unopposed five years later. [9]

During a 10-month strike in 1989 against the Pittston Coal Company, Roberts was a day-to-day negotiator who gained a favorable deal for miners. The left-wing Rainbow Coalition honored him with its Martin Luther King award for his actions in the 1989 strike. Citizen Action and the left-wing Midwest Academy also gave him awards for the 1989 negotiation. [10]

Roberts became UMWA president in October 1995 upon Trumka’s resignation to become secretary-treasurer of the AFL-CIO. [11] Roberts was elected UMWA president by acclamation in 1997. [12] The UMWA credits him for negotiating national agreements in 1998 and in 2001 with mining firms that resulted in higher pay and pensions for miners. [13] Roberts became the first president in the union’s history to be elected by acclamation three times in a row in 2004. By the end of 2008, Roberts was the second-longest serving UMWA president, behind only John L. Lewis. [14]

In 2008, Roberts won the Eugene V. Debs Awards from the far-left Debs Foundation. The award and foundation are named for the early 20th century socialist activist and presidential candidate Eugene Debs. [15]

In 1996, Roberts was named as a member of the West Virginia University Institute for Labor Studies and Research Advisory Board. [16]

Roberts also sits on the board of American Income Life Insurance Company, a labor-union-affiliated [18]

In 2004, Roberts worked with the West Virginia Chamber of Commerce for a joint event to denounce Republican campaign attacks against then-Democratic gubernatorial candidate Joe Manchin. This labor-business coalition helped Manchin get elected governor with 64% of the vote. [19]

In 2019, Roberts spoke in support of government action against climate change. Nonetheless, in 2020, he spoke out against the left-wing Green New Deal proposal that sought to eliminate many conventional energy jobs. [20] In April 2021, Roberts joined now-U.S. Senator Joe Manchin (D-WV), the chairman of the U.S. Senate Energy and Natural Resources Committee, for an event at the National Press Club about addressing climate change. [21]

Though he has typically supported Democrats, Roberts criticized the Biden administration’s goal of having 100% renewable energy for electricity by 2035 and net-zero emissions by 2050 as being unrealistic. [22]

Roberts said he thought President Biden was trying to do the “right thing,” but that net zero emissions would mean thousands of coal miners would lose their jobs. Roberts also argued that the administration had no strategy to replace coal jobs, adding that jobs installing solar panels “aren’t union jobs and don’t pay much.” Roberts added that transitioning entirely to environmentalist energy would make America more dependent on China as it attempted to develop a new energy sector. [23]