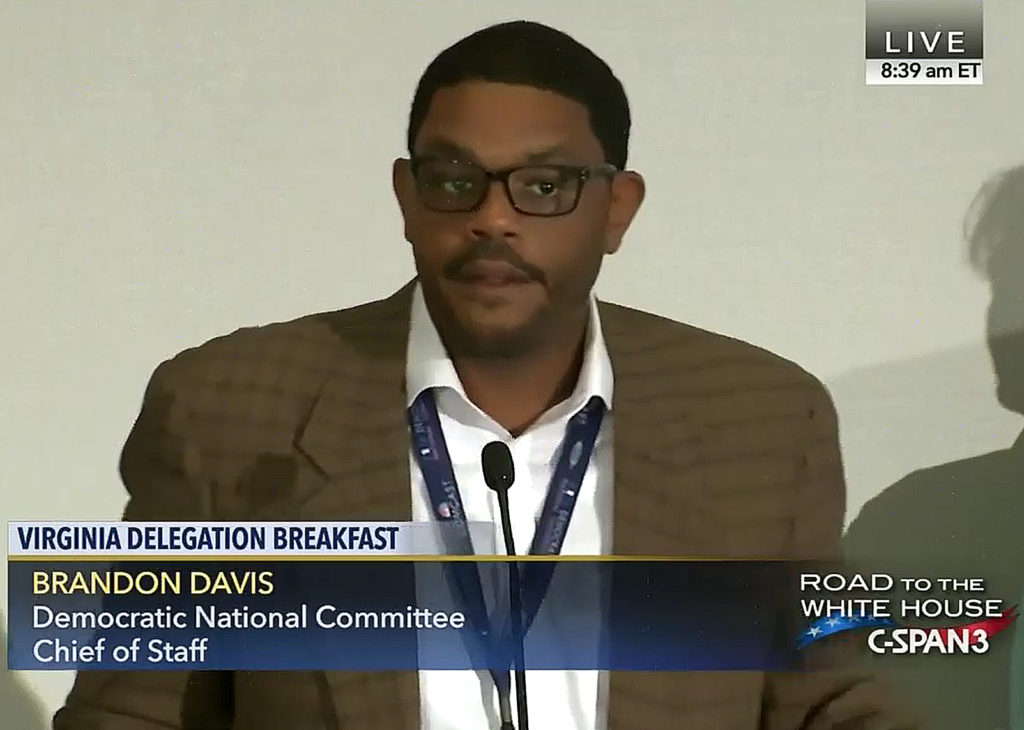 Brandon Davis is a Democratic political operative and the managing director of the public affairs firm GPS Impact’s Washington, D.C. office. He is a Senior Advisor to House Majority PAC, was formerly chief of staff of the Democratic National Committee, and previously the national political director for the Service Employees International Union (SEIU). [1][2]

GPS Impact expressed opposition to Twitter’s decision to restrict paid political ads and causes. GPS Impact partner Roy Temple called the move a cop-out and questioned how the policy would be regulated: “Universal healthcare is a cause, but is there a bill related to that? Are you talking about the bill or the cause? How is that determined?”[4]

In December of 2019 Davis was appointed as a senior advisor on former New York City Mayor Mike Bloomberg’s 2020 campaign for the Democratic Presidential nomination. The former New York City Mayor and multibillionaire hired Davis to work at his headquarters while developing multiple campaign offices across the United States. [6] That following March, Bloomberg suspended his campaign, into which he invested over $500 million, after detrimental results from the March 4th “Super Tuesday” primaries. [7]

Following the 2016 presidential primaries, Hillary Clinton’s campaign installed Davis to be the chief of staff for the Democratic National Committee for the general election campaign. [8] Davis’ appointment was part of a DNC shakeup of other senior leaders following an scandal in which Wikileaks released email messages believed to have been obtained by persons working on behalf of Russian military intelligence suggesting DNC leaders were trying to undermine the campaign of U.S. Senator Bernie Sanders (I-VT) to elevate Clinton’s chances for the Democratic nomination. [9]

Democratic political operative Donna Brazile worked with Davis during the 2016 presidential election. Brazile, who served as the acting chairwoman of the Democratic National Committee during the general election season, authored a tell-all book about the fall of the Clinton campaign in which she described Davis’ behavior towards her as adverse. She wrote, “Brandon often rolled his eyes as if I was the stupidest woman he’d ever had to endure on his climb to the top. He openly scoffed at me, snorting sometimes when I made an observation.” [10]

Prior to his position with the Democratic National Committee, Davis was the national political director for the Service Employees International Union from 2011 through 2016. [11]