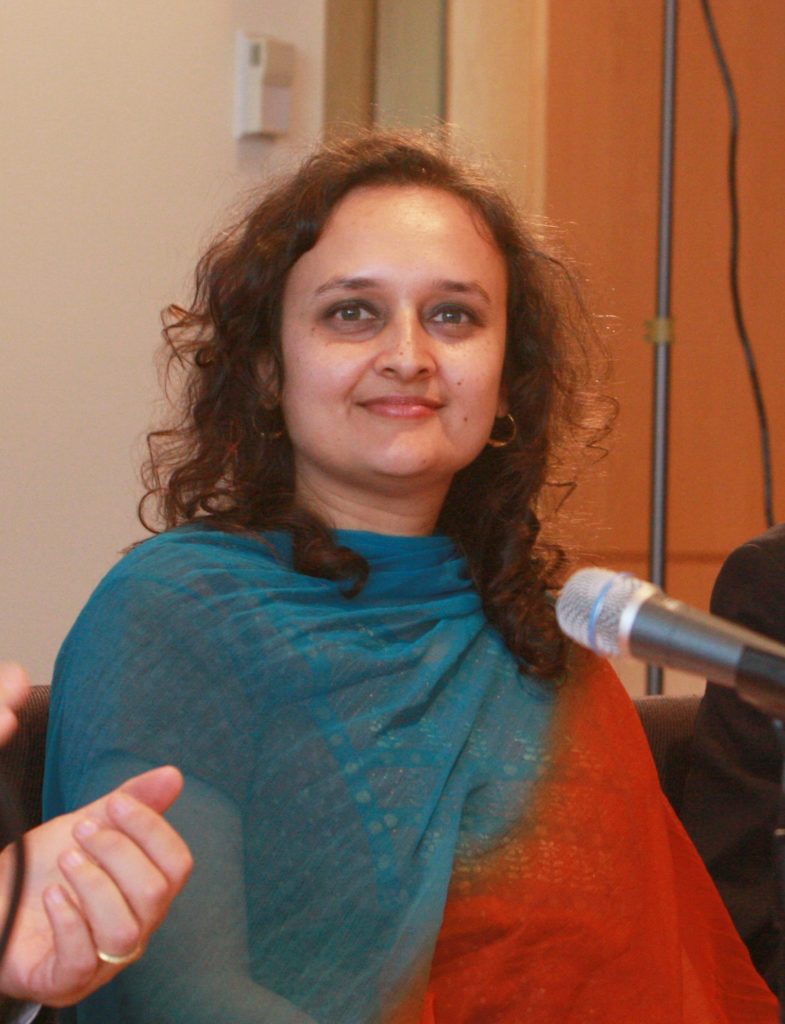 Bhairavi Desai, president of the National Taxi Workers Alliance taken on October 20, 2011 (link) by https://www.flickr.com/photos/labor2008/ is licensed CC BY 2.0 (link)

Bhariravi Desai was born in Gujarat, India, and moved to New Jersey with her parents at the age of seven. Growing up, Desai describes herself as “dreaming of strikes and demonstrations.” She graduated from Rutgers University where she earned a degree in women’s studies. After college, she worked for an organizing and activist organization called the Committee Against Anti-Asian Violence, where she worked for eighteen months and was assigned to a project with a group of South Asian taxi drivers. [4] [5]

Desai stopped working at the Committee Against Anti-Asian Violence and began working to organize taxi drivers in her free time. In 1998 she was working at a store selling pagers when she co-founded what was dubbed the Taxi Workers Alliance along with two taxi drivers from Pakistan and Biju Mathew, a Marxist associate professor at Rider University. The organization was first founded to oppose new rules on taxi drivers proposed by then-New York City Mayor Rudy Giuliani (R) which included making it easier for licenses to be revoked and regular drug testing of drivers. The new union led a strike against the rules which ultimately failed as the new rules were popular with the public. The union continued operation and has been headed by Desai since its initial founding in 1998. [6]

Bhairavi Desai has led many strikes and protests on behalf of the Taxi Workers unions since 1998, including opposing new taxes on fares and a ban on headsets. In recent years she and the unions have supported stronger regulations against Uber, Lyft, and other rideshare application drivers. The union has been advocating for Uber and Lyft to treat drivers as formal employees and provide them benefits. [7] [8]

In 2005, the left-of-center Ford Foundation awarded Desai with its Leadership for a Changing World Award, which gave her grants to “advance her work” and to fund educational programs she wished to pursue. [9]

In 2011, Desai formed the National Taxi Workers Alliance which joined the AFL-CIO as its 57th affiliate union member, and the first AFL-CIO union comprised of independent contractors. The national union mostly consists of the local New York chapter, but states to have other chapters in major cities including Philadelphia and San Francisco. [10]