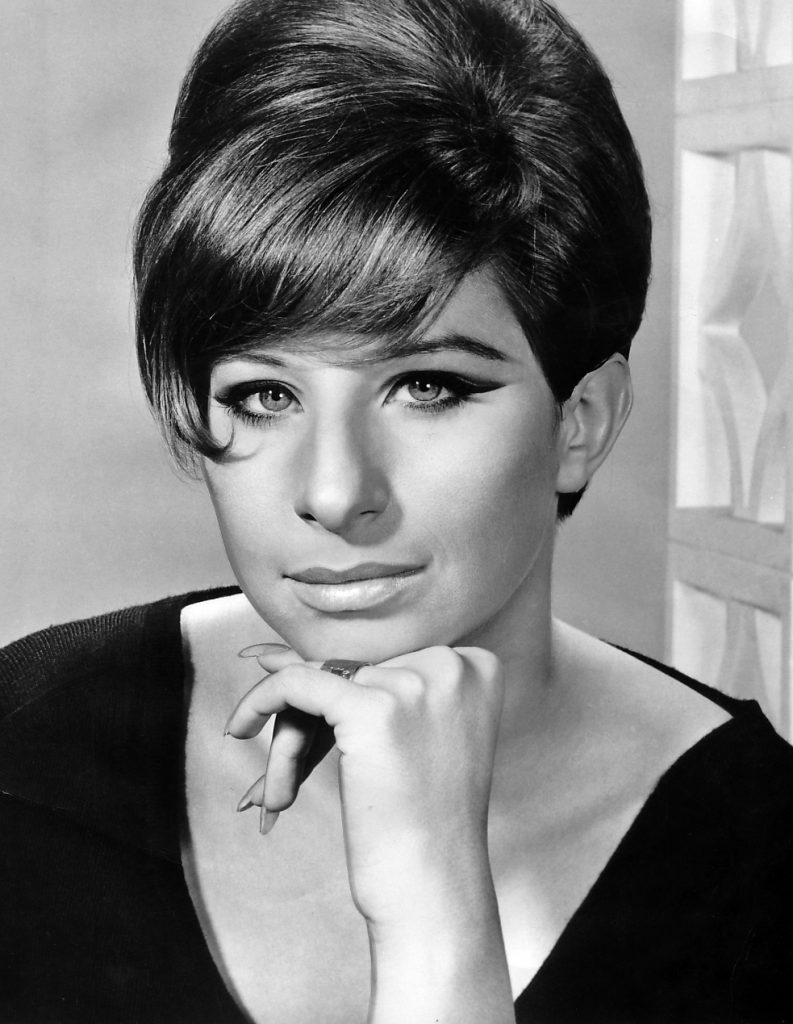 Barbra Streisand is a singer, screen and stage actor, movie director, and philanthropist.[1] She has been active in support of left-of-center politics and the Democratic Party throughout her career, and she created the Barbra Streisand Foundation to carry out her philanthropic efforts. Streisand has sold approximately 250 million records, and is the only artist to have earned all the major entertainment awards, including two Academy Awards, one Tony Award, five Emmys, 10 Grammys, and 13 Golden Globes, in addition to a CableACE Award, the University of Georgia’s George Foster Peabody Award, and the American Film Institute’s Lifetime Achievement Award.[2] She received the Presidential Medal of Freedom in 2015 from President Barack Obama.[3]

Barbara Joan Streisand was born on April 24, 1942, in Williamsburg, Brooklyn, to Diana Rosen and Emanuel Streisand.[4] Her father died when she was 15 months old and her mother raised her and her siblings in poverty, eventually remarrying.[5] Streisand attended Erasmus Hall High School, and did not attend college after graduating, but rather moved to Manhattan in 1960 to pursue a career as an actor.[6] Growing up she saw singing as a path to acting.

After winning a talent contest for her singing at a gay nightclub, Streisand worked as a cabaret singer while she auditioned for acting work.[7] She dropped the second ‘a’ from her given name, Barbara, to create the more distinctive Barbra early in her singing career.[8] Streisand made her starring debut in I Can Get it For You Wholesale in 1962, winning the New York Drama Critics Award and earning a Tony nomination.[9] The Barbra Streisand Album in 1963 became a Top 10 gold record and received two Grammy Awards, including Album of the Year.[10]

She married actor Elliott Gould in 1963.[11] They were married for eight years and had one child, Jason.

She starred in 1964’s Funny Girl for more than two years, earning another Tony Award nomination.[12] Her performance of the song “People” from the show became Streisand’s first Top 10 single.[13] Reprising her stage role in the movie version of Funny Girl, Streisand broke into film. In addition to winning the 1968 Academy Award for her performance, she won a Golden Globe.[14] Yentl, Streisand’s 1983 directorial debut, received five Academy Award nominations, and Streisand received two Golden Globe Awards for the film.[15]

Throughout her acting and directing career she continued to record albums. Streisand has sold approximately 250 million records.[16]

Streisand has used a number of her concert tours and album proceeds in conjunction with her Barbra Streisand Foundation to give to charities and causes. Her 1994 tour generated over $10 million for charities, including AIDS organizations, women and children in jeopardy, Jewish/Arab relations, and organizations related to African-American and Jewish relations.[19] Since its founding in 1986, her foundation has made grants totaling over $25 million to more than 800 organizations.[20]

In 2016, Streisand gave two donations to the Democratic Congressional Campaign Committee for a total contribution of $27,000.[21] She also donated $25,000 to the DNC Services Corporation. She has been a supporter of Planned Parenthood and various left-of-center organizations, including Media Matters for America and progressive magazine Mother Jones.[22]

Streisand has also given pop culture the “Streisand effect.” After Streisand sued the California Coastal Records Project in 2003 for having a picture in its online archives in which her cliff-top Malibu mansion was visible, internet users responded by sharing and examining the offending picture.[23] A judge eventually threw the suit out, but the picture received far more scrutiny than it would have otherwise. The term “Streisand effect” came to describe efforts to hide or censor an object or event, particularly in media or communication, that draw more attention to it.

Streisand made questionable comments in an interview with a British newspaper regarding alleged sexual assault victims of the late Michael Jackson in March 2019. According to the New York Daily News, Streisand said, “his sexual needs were his sexual needs,” referring to the assaults of Wade Robson and James Safechuck, who each recently claimed that they were sexually assaulted by singer Michael Jackson when they were young. Streisand went on to say, “I blame the parents, who would allow the children to sleep with him,” and, “You can say ‘molested,’ but those children, as you heard say, they were thrilled to be there. They both married and they both have children, so it didn’t kill them.” [24]