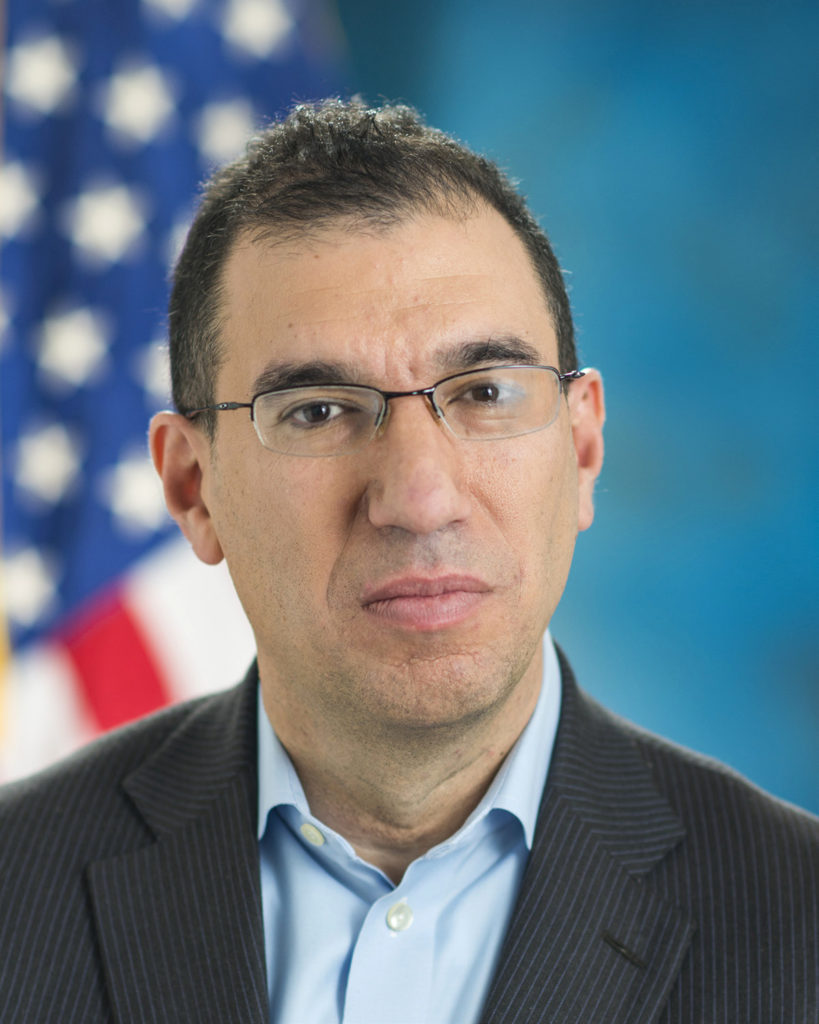 Following the Obama administration, Slavitt led efforts to oppose Republican efforts to repeal or amend the Affordable Care Act and commented on COVID-19 pandemic-response policies in the U.S. as a vocal critic of the Trump administration and supporter of harsh lockdown policies, at one point recommending keeping 90 percent of the workforce at home, including some essential workers. [2] Slavitt was appointed a temporary White House Advisor for COVID-19 response efforts by President Joe Biden, a role he held from January 2021 to June 2021. [3] [4]

Andy Slavitt attended the University of Pennsylvania and later earned an MBA from Harvard Business School. [5]

Slavitt founded a health care company called HealthAllies and was the company’s CEO until it sold to UnitedHealth Group. Slavitt then became the CEO of OptumInsight and the executive vice president of Optum, which were both subsidiaries of UnitedHealth. [6]

Optum, where Slavitt was working as executive vice president, was hired by the Obama administration to lead turnaround efforts for the Obamacare exchange website Healthcare.gov following many high-profile technical problems that accompanied the website’s launch. Slavitt oversaw the day-to-day contractor operations between his company and the Centers for Medicare and Medicaid Services (CMS) in an effort to fix the faulty website. Reuters reported that CMS mismanagement and a lack of oversight was blamed for the initial rollout failures of Healthcare.gov that “pushed Obama’s signature domestic policy achievement to the brink of failure,” and Slavitt was described as part of the “emergency rescue operation [that] salvaged the website from paralyzing technical problems.” [7]

Center for Medicare and Medicaid Services

In 2014, Health and Human Services Secretary Sylvia Burwell named Slavitt to a newly created second-in-command position at CMS titled Principal Deputy Administrator that would allow him to continue to work on Healthcare.gov remedies and other programs from within the government as well as giving him authority over policy and coordination between the agency’s programs. [8] His leaving the private sector and joining CMS reportedly caused him to net $2 million from the sale of his UnitedHealth stock. [9]

In 2015, CMS administrator Marilyn Tavenner resigned from her position, and Slavitt was elevated to become Acting Administrator of CMS. Slavitt was later nominated by President Barack Obama to be CMS Administrator, but his nomination was never confirmed by the U.S. Senate. Slavitt led the agency in an acting capacity from 2015 until the Obama administration ended in 2017. Senate Republicans criticized Slavitt’s nomination due to his close ties to the health care industry and the potential for conflicts of interest. His nomination was also criticized by right-of-center media as a sign of “lax ethics” in the White House. [11] [12]

Following the conclusion of the Obama administration, Slavitt became a vocal opponent of Republican efforts to repeal or otherwise change the Affordable Care Act. Slavitt had amassed a following on Twitter by posting regular updates during his time leading CMS and began to use social media, media appearances, and other platforms to criticize Republican-backed health care legislation. He also accepted a position as an advisor as the left-of-center Bipartisan Policy Center to advise the organization on health policy. [13]

In 2017, Slavitt also launched a campaign in which he began hosting town hall-style events in Republican-held congressional districts arguing against Republican-backed health care legislation. He held events that specifically targeted vulnerable Republican incumbents in the 2018 midterm elections in states such as Arizona, Nevada, and Alaska. [14]

In 2018, Slavitt founded a health care policy organization called United States of Care, which promotes left-of-center health policies and was launched with a board of directors that included center-right and center-left former officials and politicians and healthcare executives. Critics from the far left criticized the group for failing to adequately support single-payer “Medicare for All” legislation. [15]

Slavitt rose in prominence after the outbreak of the COVID-19 pandemic as a major public commentator supporting aggressive lockdown policies and masking mandates. In July 2020, Slavitt published a Twitter thread claiming that “We can virtually eliminate the virus any time we decide to.” In the thread, Slavitt called for universal mask mandates; closures of bars, restaurants, churches, and transit; bans on interstate and international travel; establishment of no-cost isolation centers at hotels; and a “90% lockdown” that would keep a number of essential workers at home. [16]

After his election, President Joe Biden announced that Slavitt would be joining his White House as Senior Advisor for COVID-19 Response. Before taking the government role, Slavitt cut business ties with Swiss company Livinguard, a manufacturer of face masks that had sponsored Slavitt’s pandemic-commentary podcast In the Bubble. [17]

Following his tenure in the Biden White House, Andy Slavitt published a book titled Preventable: The Inside Story of How Leadership Failures, Politics, and Selfishness Doomed the U.S. Coronavirus Response. The book was highly critical of the Trump administration’s COVID-19 response and a Publishers Weekly review of the book stated that Slavitt’s “frequent attacks on Trump give the book a partisan flavor.” [19]

The book covers many topics and makes several allegations, including that Trump White House COVID-19 advisor Deborah Birx had told Slavitt that she was hoping that Biden would win the 2020 election. The book also criticized the Trump administration’s Health and Human Services Secretary Alex Azar for overseeing a “series of unforced errors” and quoted a senior official who told Slavitt that Azar was almost fired and replaced by then-CMS administrator Seema Verma. Slavitt also wrote that Vice President Mike Pence‘s communications director Katie Miller in March 2020 had directed that “HHS was not permitted to issue any communication that raised concern among the public” and pulled Azar from a planned Fox News appearance. [20]