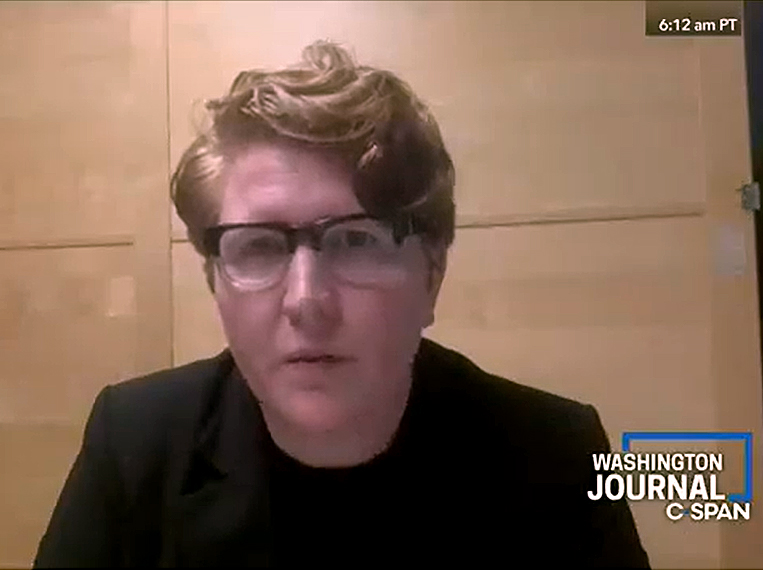 Amanda Ballantyne is a labor union activist who works as the director of the Technology Institute at the AFL-CIO, where she has worked since January 2021. [1] Prior to joining the AFL-CIO, she worked for seven years as executive director of the Business Education Fund and its related projects, including the left-of-center Main Street Alliance. [2]

Ballantyne is also on the advisory committee of Our Story Hub, a project of the Proteus Fund which advises left-of-center politicians and groups on communications strategies. [3]

Ballantyne graduated from Smith College in 2002 with a bachelor’s degree in government. She earned her law degree from the University of Washington School of Law in 2012. [4]

In her early career, Ballantyne worked for several left-leaning national advocacy organizations, including Public Citizen and Free Press. She also worked as a labor organizer and policy analyst for the Communications Workers of America (CWA) and the Service Employees International Union (SEIU). [5]

Ballantyne joined the Business Education Fund (BEF) in the fall of 2013 as executive director, a role that included oversight of BEF’s flagship program, the Main Street Alliance (MSA). The MSA is a national network of state-based “small business” organizations that promotes left-leaning immigration, economic, and labor policies. [6] Ballantyne’s role as executive director included providing strategic direction to the organization, in addition to overseeing its field offices and operations. [7]

During the COVID-19 pandemic, Ballantyne was a prominent critic of the Paycheck Protection Program (PPP) and other stimulus measures, arguing that they favored “well-connected, well-banked businesses” over “actual small businesses” and “minority-owned” businesses. [8] [9][10] While critical of legislation signed into law by former President Donald Trump, including bipartisan measured like the CARES Act, Ballantyne praised left-of-center legislation, including the Saving Our Street Act. Then-U.S. Senator Kamala Harris (D-CA) and far-left U.S. Representative Ayana Pressley (D-MA) in May 2020 to target  “micro-businesses” and minority-owned businesses with COVID-19 relief. [11]

The MSA is funded by a variety of left-leaning organizations and private foundations, including the Rockefeller Foundation, which contributed $350,000 in 2020. [12]

On January 11, 2021, the AFL-CIO labor union federation announced that it had hired Ballantyne to launch and lead its new Technology Institute, which the union federation intends to serve as “the labor movement’s think tank” in the face of the technological transformation of the American economy. [13]

In a press release announcing the launch, AFL-CIO secretary-treasurer Liz Shuler claimed that “under Amanda’s leadership” the Institute would become “a hub for skills and knowledge to help labor grow and deploy our bargaining power.” [14]

Under Ballantyne’s leadership, the Technology Institute has supported raising the minimum wage to $15 an hour; unionizing Amazon employees; and passing the Protecting the Right to Organize (PRO) Act, a massive and controversial overhaul of labor policy supported by congressional Democrats that would, among other provisions, force companies to pay full benefits to independent contractors in the “gig economy.” [15]