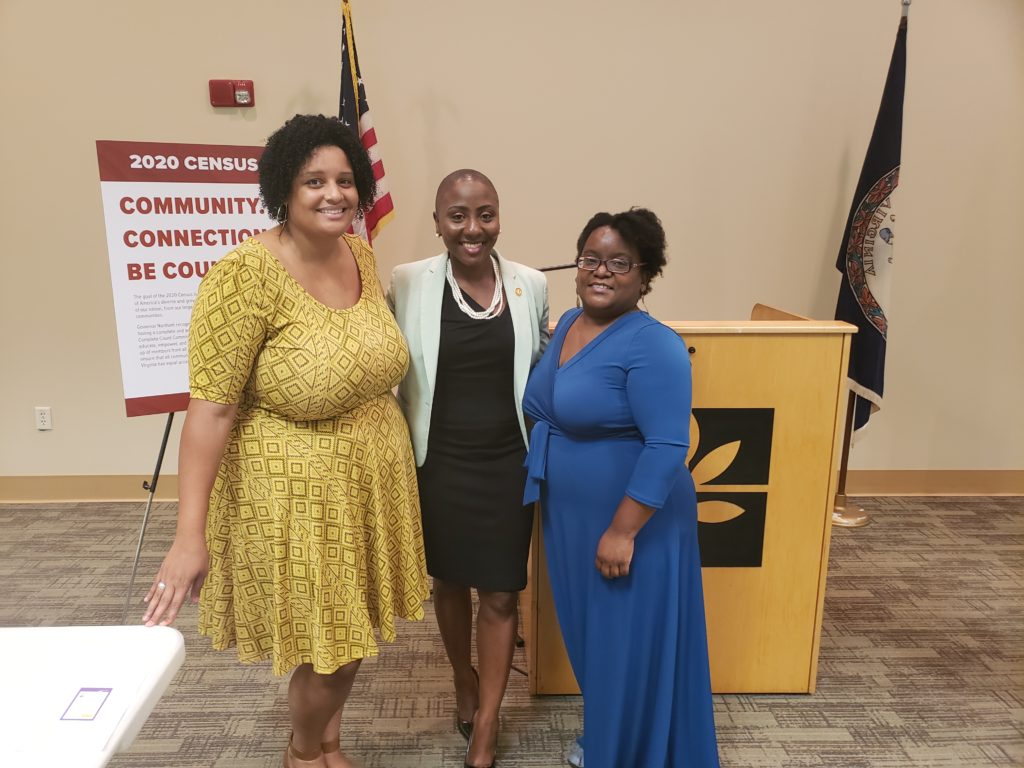 Alexandria Bratton is a liberal political activist in the state of Virginia focusing on ethnic representation and Census issues. She is presently a program manager for the Virginia Civic Engagement Table.

Alexandria Bratton is currently the program manager of the Virginia Civic Engagement Table (VCET), a non-profit organization that seeks to support and integrate left-progressive advocacy groups in the state of Virginia. [1]

Working with partners like the Virginia Progressive Leadership Project, Bratton is involved with VCET’s annual Advocacy Training, which connects progressive activists in Virginia. [2]

Bratton was a participant in the 2019 Policy Summit, hosted by the liberal think tank Commonwealth Institute for Fiscal Analysis, where she co-led a session called “Demographic Change, the 2020 Census, and Implications for Fair Representation and Funding.” [3]

Bratton is involved in CVET’s Virginia Counts Coalition, a group of partner organizations developed to support “hard to count” areas of Virginia for the 2020 Census. As a partner of CVET, Virginia Interfaith Center for Public Policy co-hosted a 2020 Census Community Townhall in 2019, where Virginia Governor Ralph Northam (D) announced that he would shift $1.5 million from Virginia’s Economic Contingency Fund to support Virginia’s 2020 Census count. [4]

Bratton has formerly been critical of Governor Northam and his support of a 2019 tax relief deal, which would provide tax rebates to Virginia residents. Bratton claims that the tax deal would cut funding to support the 2020 census, and believes that a “representative census is critical to advance racial equity in Virginia.” [5]

Bratton has long been involved with the political process, and is a former community organizer, with a focus on black voter engagement. [6]