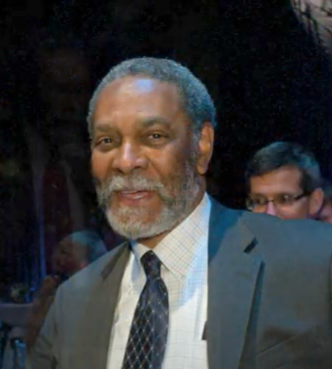 Dr. Albert C. Yates is a retired academic administrator who served as the president of Colorado State University from 1990 until 2003 and served on a number of high-profile executive boards. Since retiring from academia, he has played a significant role in American politics and is credited with helping connect the “Gang of Four,” a group of elite donors that founded the Colorado Democracy Alliance (CoDA) that helped Democrats win control of state government in the late 2000s.[1] The strategy that Yates helped pioneer has since been referred to as the “Colorado Model.” [2]

Albert C. Yates was born to John and Sadie Yates in Memphis, Tennessee, in 1942. After graduating high school, Yates enlisted in the U.S. Navy where he served for two years. He enrolled in the University of Memphis and graduated magna cum laude with degrees in chemistry and mathematics. He earned his doctorate in chemical physics from Indiana University, where he taught for one year, 1969. The University of Cincinnati hired him as an associate graduate dean. At Washington State University in Pullman, he served as provost. Dr. Yates served as the president of Colorado State University between 1990 and 2003, after which he retired from academia.

He has two children, Aerin and Sadie, with his wife Ann, as well as two older children from a previous marriage.[3]

Outside of academia, Yates has been a member of a number of different boards.[4] Most prominently, Yates serves as an advisor to, and spokesman for, Bohemian Companies, which is involved in construction, real estate development, restaurants, and a winery. The company was founded by Yates’s political ally, Pat Stryker.[5]

Yates has also served as a member on the board of managers at Catalist LLC, a company that sells data-related services based on compiled data from 240 million American voters.[6] Catalist, also known as Data Warehouse, is funded by the Democracy Alliance.[7] Catalist clients include Democratic political campaigns, labor unions, and liberal nonprofit organizations.

The Albert C. Yates Endowed Chair in Mathematics, is a permanent teaching position at Colorado State University established with a $1.5 million donation from the Bohemian Foundation. Pat Stryker, Yates’s political ally and Gang of Four member, stipulated the position as part of a $20.1 million donation. At the time of the grant in May 2003, it was the largest donation in the school’s history.[9]

Shortly after retiring from Colorado State University, Yates helped facilitate meetings that would eventually unite the “Gang of Four,” a group of wealthy donors who put aside their factional differences to challenge the Republican Party’s strength in Colorado. Yates and his friend, then-Attorney General Ken Salazar (D), held informal meetings with leading liberal activists and business leaders. Rutt Bridges, a millionaire geophysicist and unsuccessful Democratic politician; Tim Gill, a businessman who earned $400 million during the tech boom and took interest in LGBT issues; Pat Stryker, an heiress worth $1.4 billion for her stake in the medical supply company Stryker Corp; and Jared Polis, a businessman who would later become a successful Democratic politician, formed an alliance in large part due to Yates’s efforts.[10] The press dubbed Bridges, Gill, Stryker, and Polis the “Gang of Four.”

“The Gang” used their influence to bring together a powerful group of allies as the Colorado Democracy Alliance (CoDA). CoDA helped create an opposition research operation to dig up dirt on Republican candidates, a think tank to develop policy, independent voter registration services, and Ethics Watch. Key members included Tony Massaro, who ran Colorado Conservation Voters; Jennifer Brandeberry, a member of the Colorado Trial Lawyers Association; Steve Adams, a leader in the AFL-CIO labor union federation; and Beth Ganz, state chair of the Colorado affiliate of pro-abortion group NARAL (formerly the National Abortion Rights Action League).[11] Collectively, they donated $3.6 million to the 2004 election effort, outstripping the $845,000 raised by Republicans. The core group – the Gang of Four – gave $2.5 million to the effort, roughly two-thirds of the total amount raised. [12] Democrats overturned Republican majorities in the state House and Senate, and succeeded in picking up a U.S. Senate seat and a House seat even while the state voted for the reelection of President George W. Bush.[13]

Yates is believed to be a member of the Democracy Alliance, an invite-only group of donors who pay dues and contribute a set amount of money each year to progressive causes and groups endorsed by the alliance.[14][15] Yates is also reportedly a key leader of the Committee on States, an organization closely tied to, and structurally similar to the Democracy Alliance, dedicated to advancing left-of-center causes in individual states.[16]