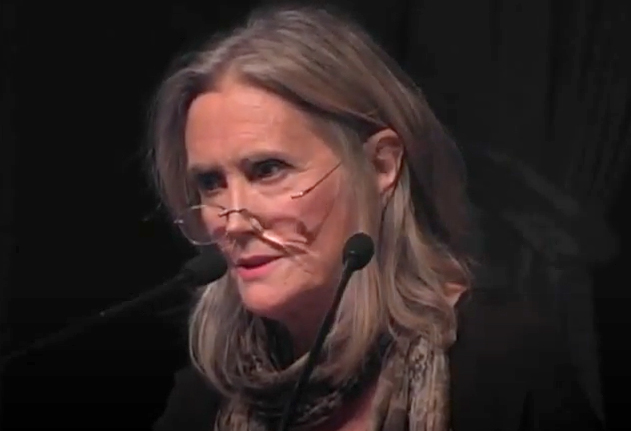 Adelaide Park Gomer is an heiress to the Park Communications and Duncan Hines fortunes. Gomer is now the president of the left-of-center environmentalist Park Foundation based in Ithaca, New York. In addition to her activism with the foundation, Gomer is a trustee of Ithaca College and a substantial donor to left-progressive causes and Democratic congressional candidates.

Adelaide Park Gomer, daughter of Dorothy D. and Roy H. Park, is an heiress to the Duncan Hines foods and Park Communications media fortunes. Before working in left of center political activism with the Park Foundation, Gomer taught reading and special education in New York and Virginia. [1]

Gomer was also an adjunct instructor at the Learning Development Center at the Rochester Institute of Technology, as well as a research assistant at Cornell University’s Institute for Occupational Education and an assistant to the dean at Cornell’s College of Veterinary Medicine. Aside from her work in education and administration, Gomer has also worked for public relations and advertising firms including Hill and Knowlton, Marcus Purchasing Co., and Hoefer, Dietrich & Brown. [2]

Gomer is the president of the board of trustees at the left-of-center, environmentalist Park Foundation, based in Ithaca, New York. The Park Foundation funds other prominent American environmentalist organizations. Among other activities, the Foundation is one of the main supporters of the movement to prohibit the commercial extraction of natural gas in the United States. [3]

Under her presidency, the Foundation has, according to Gomer, “helped to fuel an army” of environmentalist activists, which regularly rally support among legislators and the public for bans on natural gas drilling in coastal states, especially New York. [4] The Foundation also funds academic research relating to natural gas extraction and media projects to oppose the practice, including the controversial film Gasland. [5]

Gomer is a member of the Ithaca College board of Trustees. [6] In a letter to the editor at the Ithacan, the Ithaca College student newspaper, Gomer defended Shirley Collado, Ithaca College’s president and a professor of psychology, against allegations that she sexually abused a female patient under her care while she was working as a psychologist in Washington, D.C. in 2000. According to a report in the Ithacan, Collado pleaded no contest to misdemeanor charges of sexual abuse in 2001, though she denied wrongdoing afterward. [7]

In 2018, an anonymous source brought the conviction and Collado’s plea to public light, though the College declared that it had known about the situation beforehand. [8][9] Shortly after the Ithacan reported on the affair, Gomer came to Collado’s defense. In her letter to the editor, which did not mention the substance of the allegations, Gomer wrote, “I feel she is the perfect leader at this important juncture to shepherd the College into a progressive and harmonious future.” [10]

Gomer is a regular donor to left-of-center and left-progressive organizations, such as EMILY’s List, ActBlue, and MoveOn.org. Gomer has also donated to left-of-center officials’ campaigns, including those of failed U.S. House of Representatives candidates Dan Roberti, Lori Saldana, and left-wing Working Families Party candidate Dan Lamb. [11]

Common Cause, a left-leaning advocacy group based in Washington, D.C., honored Gomer at its 2014 annual awards dinner. [12]