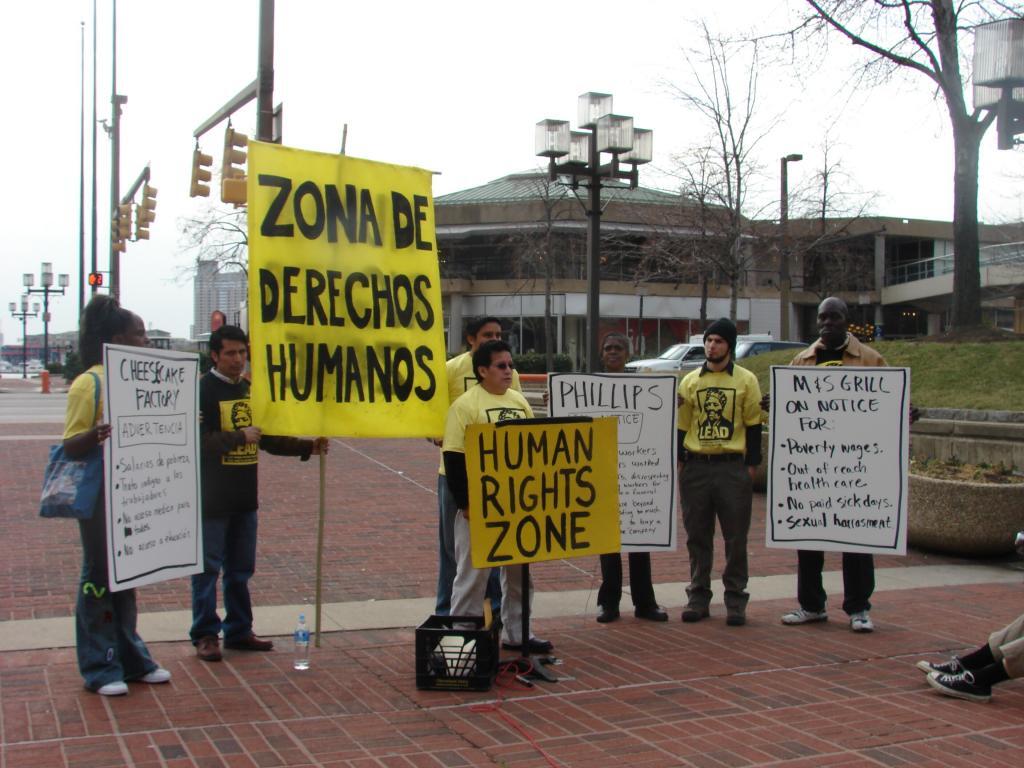 The United Workers Association (UWA) is a labor-union-aligned  worker center and environmentalist pressure group based in Baltimore, Maryland that promotes left-of-center labor and environmental policy. [1] In 2002, a group of homeless men and women founded the organization to demand higher wages and increased labor regulations. The organization has since received substantial funding from major left-wing foundations including the Public Welfare Foundation and Needmor Fund. [2]

UWA has worked to implement policies including increased wages, increased government-controlled housing, and mandatory paid sick leave. In 2016, UWA worked to prevent the development of a renewable energy trash incinerator in Baltimore, depriving the community of 1,300 temporary and 200 permanent jobs. [3]

UWA is also affiliated with the Fair Development Roundtable, a left-of-center anti-development coalition. The coalition has received support from the political left, including local chapters of the Service Employees International Union (SEIU) and Unite Here; the Chesapeake Climate Action Network (CCAN); and the Baltimore chapter of the Sierra Club. [4]

In 2002, a group of homeless low-wage workers founded United Workers Association to advocate for the implementation of left-of-center labor policies. [5] The UWA has associated itself with the broader left-of-center organized labor movement and relied on its tactics to promote its policies. In August 2007, the UWA organized a strike at the Camden Yards stadium to demand increased wages for stadium workers. [6] The UWA threatened a hunger strike if its demands were not met, forcing former Maryland Governor Martin O’Malley (D) to insist that the publicly owned stadium increase the stadium minimum wage to $11.30 an hour. [7]

In October 2008, the UWA organized a march at Baltimore’s Inner Harbor to demand increased wages and mandatory benefits for harbor workers. [8] In 2013, the UWA staged protests in Maryland demanding mandatory paid sick leave for all employees in all professions. [9]

In March 2020, the United Workers Association co-authored an op-ed to Baltimore city’s leadership requesting that they make emergency accommodations for those affected by the COVID-19 crisis. The letter called for left-of-center policies under the guise of providing aid. These included the immediate creation of permanent, government-funded housing for all homeless people in Baltimore; public funding for eviction preventions; total rent and mortgage forgiveness until “permanent assistance” could be enacted; and increased entitlement programs, specifically around food. [10]

In 2016, the UWA joined Free Your Voice, a coalition of left-of-center student activists, to protest the development of a waste incinerator in Baltimore. [11] The incinerator was scheduled to provide renewable energy to schools and other government facilities in the city, while also creating 1,300 temporary and 200 permanent jobs. [12] The UWA and Free Your Voice brought 200 protestors to the Maryland Department of the Environment’s headquarters and demanded a meeting with Maryland Environment Secretary Ben Grumbles. [13] The UWA eventually convinced Grumbles to cancel the project. [14] In March of 2020, UWA continued its environmentalist push by supporting a plan for the city of Baltimore to reach “zero waste” and end all incineration by 2040. [15]

The Baltimore Compost Collective is a UWA environmentalist project of that encourages increased composting by providing compost pickup in exchange for a monthly fee. [16] In 2019, the program was awarded a $16,000 grant by the Baltimore Children and Youth Fund. [17]

Formerly known as the Baltimore Housing Roundtable, the Fair Development Roundtable is a coalition of citizens. community leaders, and commissioners who provide recommendations for new housing policies in Baltimore. The Roundtable includes left-of-center organizations such as the Public Justice Center, the National Economic and Social Rights Initiative (NESRI), and Youth Empowered Society. [18]

The Fair Development Roundtable is currently pursuing its 20/20 Campaign, a left-of-center agenda that calls on the city of Baltimore to invest $20 million into public housing projects and $20 million into the creation of public green spaces. [19] The Campaign is supported by a range of left-of-center labor unions, including AFSCME, SEIU Local 1199, and Unite Here Local 7. [20] Environmentalist organizations have also signed onto the proposal, including the Chesapeake Climate Action Network (CCAN), the Baltimore affiliate of the Sierra Club, and Clean Water Action Maryland. [21]

UWA also supports the creation of community land trusts in Baltimore, which prevent individuals from selling their homes at market rates and develop equity in their property by placing artificial price caps on housing. [23]

In September of 2020, United Workers Association leadership council member Rodette Jones appeared in a television segment funded by incinerator operator Wheelabrator Technologies. [24] As part of her participation in the segment, Jones received a $2,500 donation to support the maintenance of an urban garden and over 100 meals to be distributed to low-income Baltimore residents. [25]

UWA, and Jones herself, had frequently protested the incinerator’s operation, claiming that its pollution was having detrimental impacts on poor Baltimore residents’ health. [26] UWA spokesperson Destiny Hayes claimed to be “shocked and enraged” that UWA leadership would accept support from a company that “violates [their] fundamental human rights.” [27] UWA media contact Gregory Sawtell claimed to be “disturbed” by Jones’s actions and called them a “conflict” with her activism. [28]

UWA released a statement on their website citing “certain allegations” had been made regarding a staff member and claiming to take disciplinary action, but it is unclear whether the letter was written in reference to Jones. [29]

Gregory Sawtell is the primary media contact for the United Workers Association. Sawtell has initiated many of the center’s projects, including the Baltimore Compost Collective, fundraisers, and the opposition campaign against the Baltimore incinerator. [30] Sawtell previously worked in arts and English education and spent a year as a volunteer with the Peace Corps in Albania. [31] Sawtell also sits as a commissioner at the Baltimore Office of Sustainability. [32]

Destiny Watford is a spokesperson for the the UWA. She earned a bachelor’s degree in English and mass communications from Towson University in 2018. While in high school, she co-founded Free Your Voice, the left-of-center student organization that assisted UWA in its anti-incinerator development projects. [33]