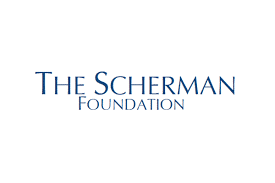 This is a logo for The Scherman Foundation.

The Scherman Foundation is a left-of-center foundation based in New York City. The foundation focuses its giving in the areas of public policy advocacy and community organizing, predominantly to left-of-center causes and left-leaning constituencies. The foundation has six program areas: Arts, Environment, Governmental Transparency and Accountability, Human Rights and Liberties, Reproductive Rights and Justice, and Strengthening New York Communities. [1]  According to the organization’s 2017 tax return, the foundation’s assets were valued in excess of $100,000,000. [2]