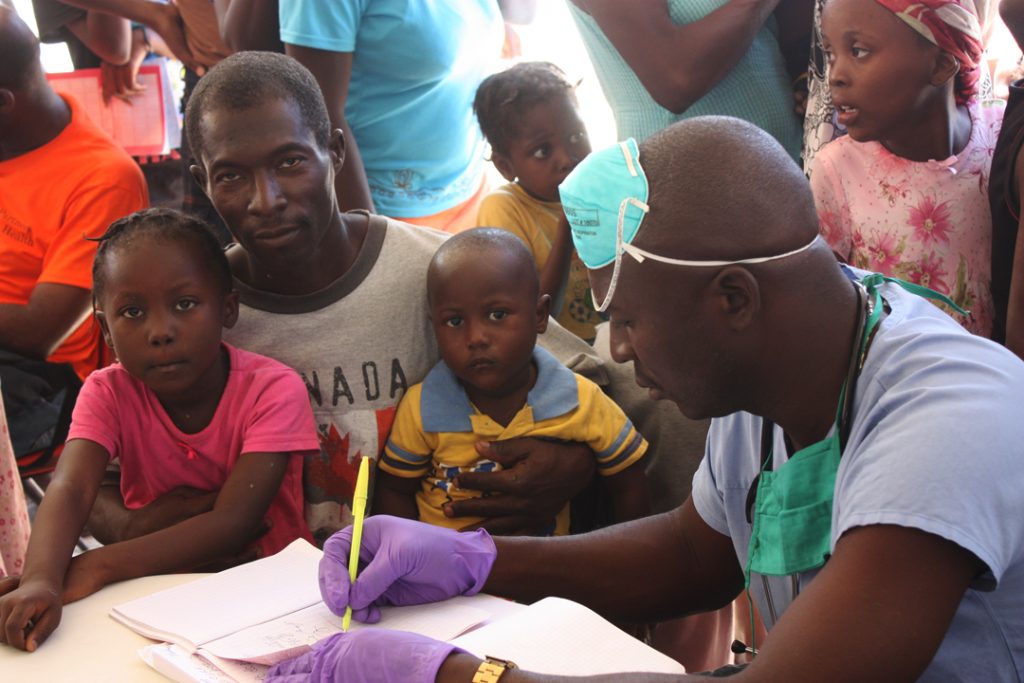 Partners in Health (PIH) is a philanthropic charity which provides health care services, training, and systems management to low-income communities in the United States and around the world. Though Partners in Health is dedicated to a nonpartisan philanthropic goal, the organization bases its work on modern left-wing philosophies, particularly social justice and so-called liberation theology. Its StopCOVID program is explicitly designed to target racial minorities to combat alleged systematic racism. [1]

In addition to directly providing health care services, PIH advocates for government-controlled healthcare and international healthcare aid. Most of these efforts are directed toward local governments, both in the United States and internationally. PIH provides resources and training to left-of-center advocates, including strategy guides for persuading members of Congress to adopt far-left health care policy. [2]

Partners in Health describes itself as a “social justice organization” which sees health care as a universal human right. PIH considers the failure of states or societies to provide health care to be a purposeful act of “injustice” and a result of “structural violence and oppression” by dominant social groups inflicted on marginalized groups. PIH attempts to fight these alleged injustices to create “equity” in society for the underprivileged, which it considers distinct from equality. [4] This outlook is related to liberation theology, a Christian social justice philosophy that originated from left-wing, South American revolutionaries claiming to “liberate” the poor from oppressive social structures. PIH co-founder Paul Farmer is a major proponent of liberation theology. [5]

On April 29, 2021, PIH chief medical officer Joia Mukherjee wrote an op-ed describing StopCOVID’s approach to public health in the United States. Mukherjee claimed, “Racism is the chronic and foundational crisis on which our country is built. The death toll of COVID-19 further reveals the deep racial injustice in America’s health care, housing, and employment systems.” Mukherjee attributed the higher per capita death rate of racial minorities from COVID-19 to supposedly racist housing and health care policies, which she claims have caused higher rates of pre-existing medical conditions in these communities. She cites the New York Times controversial, historically inaccurate 1619 Project as evidence of these racist policies supposedly dating back to the founding of the country. [7]

Mukherjee frames StopCOVID as a community-based response to the government’s failure. The program overwhelmingly targets racial minorities to combat the alleged impacts of healthcare policies and laws which Mukherjee claims are racist. [9]

In 2015, the New York Times published an article criticizing Partners in Health’s conduct during its operations to combat Ebola in Sierra Leone and Liberia. Shortly after the 2014 outbreak in West Africa, PIH brought its resources and expertise to local treatment centers and soon set itself up in numerous government healthcare facilities. [10]

Based on PIH employee interviews and reports from international healthcare investigators, the New York Times argued that PIH was arrogant and reckless in its response to the outbreak. The organization launched its Ebola campaign with a series of criticisms of the governments of Sierra Leone and Liberia and promised to permanently upgrade their healthcare systems. Nonetheless, from the start of the outbreak, one of PIH’s main facilities in Sierra Leone had chronic safety problems, including inadequate protective gear and the inappropriate disposal of waste products which put staff members at risk of infection. Two staff members contracted Ebola and were told by PIH executives not to communicate with Sierra Leone colleagues for fear of damaging the organization’s reputation. The site eventually closed, but staff members claimed that the closure was delayed for months because PIH was using the site to buy goodwill from Sierra Leone’s government. [11]

PIH was also called in to assist the management of a government-run Sierra Leone treatment facility which quickly became overrun during the height of the epidemic. Under PIH’s supervision, two government employees contracted Ebola, one of which died. In a subsequent investigation by the World Health Organization (WHO) and U.S. Centers for Disease Control and Prevention (CDC), PIH was blamed for improper safety precautions. [12]