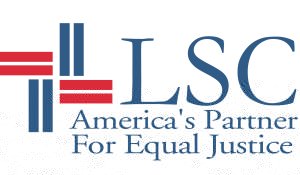 The Legal Services Corporation (LSC) is a federal government-created and funded nonprofit which distributes federal money to regional nonprofits across the United States to provide legal aid to low-income individuals. In 2019, the LSC had a budget of $440 million distributed to over 130 regional organizations serving 1.8 million clients.

Despite a founding obligation to remain politically neutral, the LSC has been accused of a left-of-center political bias since its establishment. LSC grantees often take cases with the goal of establishing left-progressive changes to the legal system and even engage in outright political activism. As a result, over the last 50 years, the LSC has funded grantees seeking increased welfare expenditure, liberalized immigration, and affirmative action. In response, the LSC has served as a political battleground between Democrats and Republicans for decades with both sides periodically changing its budgets and regulating its activities.

President Donald Trump called for the elimination of the LSC every year from 2017 through 2021, proposing spending $18 million to close LSC in 2021.

Before the Corporation’s Creation

Government-funded legal aid existed on a small scale throughout the late-19th and early 20th centuries. In 1964, President Lyndon Johnson created the Office of Economic Opportunity (OEO) as part of his left-progressive “War on Poverty” campaign. The Office ran the Legal Services Program, which centralized federal funding for legal services across the country. On a starting budget of $1 million,[1] the Program launched 269 nonprofits across the country to receive and distribute federal funds locally. [2] Nearly all of these organizations also engaged in advocacy against laws which they contended penalized low-income individuals. [3] They also became known for targeting local government officials with lawsuits. [4]

The creation of the Legal Services Program precipitated a boom in major court cases brought by legal-aid lawyers. From 1964 to 1974, the Supreme Court accepted 64% of case requests or 70 cases, from legal-aid lawyers, compared to only one over the previous century. These lawyers were victorious in 43 cases, or 62% of the time. The resulting flood in legal changes brought by legal aid lawyers developed into the new legal field of poverty law. [5]

Meanwhile, the Legal Services Program also faced opposition from lawmakers and judges who accused it of using taxpayer money to fund left-of-center political causes. Then-California Governor Ronald Reagan (R) and the State Bar of California were among the most vocal critics after the Program had given California Rural Legal Assistance $1 million (a massive sum for the early 1970s) to help migrant workers challenge an agricultural company. The State Bar called the move, “militant advocacy on a statewide basis of the contentions of one side of an economic struggle now pending.” [6]

Many of the Service’s legal challenges led to increased welfare spending by the federal and state governments. In 1973, former OEO legal services director Earl Johnson Jr. said, “A bare handful of lawyers, scarcely a footnote in the federal budget, has produced massive transfers of goods and services to the poor — some from the private sector and some from the public treasury.” From 1965 to 1972, the Service cost taxpayers $290 million directly, but cost $2 billion in added welfare payments. [7]

In 1973, President Richard Nixon attempted to dissolve the Office of Economic Opportunity and transfer the Legal Services Program and other Office functions in reduced forms to other agencies. The move was blocked by a lawsuit by Office employees. [8]

In 1974, a bipartisan legislative effort led by Democratic U.S. Senators Ted Kennedy (D-MA) and Walter Mondale (D-MN) and Republican U.S. Representative William A. Steigler (R-WI), created the Legal Services Corporation, an independent nonprofit entity to carry on the work of the Legal Services Program. [9][10] The Corporation’s initial budget was set at $90 million. [11]

As part of the bipartisan compromise, the Corporation was supposed to maintain its core legal aid funding while curtailing the implicit political advocacy of the old Program’s mandate to broadly fight poverty. By establishing a corporation outside of Congress’s control, the organization could theoretically maintain its independence from political concerns. [12][13] The LSC’s eleven-member board is legally mandated to never have more than six members of either major political party. [14]

However, the Corporation’s first board chair, Cornell University law professor Roger Cramton noted that the wording of the Corporation’s mandate was ambiguous and opened up the potential for funding political activism. [15][16] Many of the LSC’s founders explicitly intended for the Corporation to be part of a “movement” to achieve social change through “law reform.” [17]

The Legal Services Corporation reached the height of its scope and power in the late 1970s. President Jimmy Carter chose Hillary Rodham Clinton, husband to then-Arkansas Attorney General Bill Clinton (D) to head the Corporation; Clinton explicitly advocated for using the LSC to challenge laws and regulations that penalized low-income individuals. Due to her aggressive efforts, Clinton tripled the LSC’s budget to $303 million by 1980, its highest point ever in inflation-adjusted dollars. [18][19]

In the 1980s, the LSC weathered attacks from President Ronald Reagan, who was said to dislike the LSC more than any other Great Society Program. [20] Reagan initially tried to eliminate the organization’s budget but eventually settled for a 25% budget reduction and significant increases in regulations on legal-aid lawyers. He also began systematically replacing the LSC’s board with conservatives. [21] In 1983, at the behest of investigations triggered by President Reagan’s appointees, the General Accounting Office discovered that the LSC had paid lawyers with federal funds to challenge Reagan’s attempts to defund the organization two years earlier in a blatant violation of the LSC’s mandate. [22]

Funding for the LSC steadily rose throughout the early 1990s. Under President George H.W. Bush, the LSC’s budget returned to a near-high of $350 million, a level that was maintained under President Bill Clinton. [23][24]

In 1996, at the behest of the Republican-controlled Congress, the LSC underwent its most significant restructuring with a $122 million budget cut to $278 million[25] that resulted in the closure of 300 legal-aid offices and the layoffs of 900 attorneys. The reform also created a new array of regulations on what cases legal-aid lawyers could take, introducing prohibitions on class-action lawsuits, welfare reform advocacy, lobbying, and taking clients who were prisoners or most classes of illegal immigrants. [26]

Although the 1996 reform greatly reduced the LSC’s power, it was also seen as a compromise between proponents and opponents of the Corporation. After reducing the LSC’s budget and scope considerably, long-standing calls to abolish the Corporation largely fell silent and the LSC continued with little serious opposition over the following decade. [27]

Shortly after taking office, President George W. Bush declared himself to be a supporter of the LSC and pushed for a $25 million budget increase. [28] Under President Barack Obama, the LSC’s budget initially rose to $420 million[29] before falling 20% under Republican Congressional pressure and then slowly rising back to $375 million by 2015. [30]

In 2017, President Trump called for the complete defunding of the Legal Services Corporation along with 18 government agencies. In the same year, the LSC had requested an increase in its budget from $385 million to $502 million. [31] Ultimately, none of the targeted agencies faced full budget eliminations and only a handful received budget reductions. In 2017, the LSC’s budget remained at $385 million, and was increased to $410 million the following year. [32]

In 2018, the Legal Services Corporation distributed 94% of funds to 132 legal-aid organizations employing over 10,000 staff members at 852 offices[35] across all 50 states, Washington DC, and the American territories. [36] These agencies were assisted by 68,013 lawyers who offered pro bono services. [37]

In 2015, 38% of the $996 million spent on legal aid services for the poor in the United States came from the LSC. Each state and region’s grant level was determined based on Census Bureau data on the number of impoverished residents. Grantees within each region compete for funding through a grant application process. Each region’s reliance on LSC funding varies widely, from 11.5% of legal-aid funds coming from the LSC in the Virgin Islands and 15.2% in Maryland, to 99.7% in American Samoa and 88.2% in Alabama. [38] Much of the remaining funding is provided by state and local governments through organizations similar to the LSC. [39]

The Legal Services Corporation was established in 1974 as an independent entity to continue the legal aid operations of the Legal Services Program without political bias. However, the LSC has largely continued the left-of-center political advocacy of its predecessor organization since its founding. Over the last fifty years, the LSC has been a major but little-noticed force in pushing the US legal system to the left. [42]

According to the Heritage Foundation, the LSC had expanded federal and state welfare payments by hundreds of billions of dollars by the mid-1990s. Even prior to the LSC, the Legal Services Program increased welfare expenditure by up to $2 billion by repeatedly challenging requirements for welfare recipients, including citizenship, residency, child legitimacy, and sobriety. The LSC then protected and entrenched these policies by challenging numerous attempts by the federal and state governments to reinstate restrictions, such as New Jersey’s attempted 1993 cap on child benefits to discourage illegitimacy, and Governor Evan Bayh’s (D-IN) 1995 plan to means test welfare for families. [46]

Prior to the 1996 reforms, the LSC was also active in social issues. In 1994, LSC grantee National Center for Youth Law worked with the American Civil Liberties Union (ACLU) to overturn a California law requiring minors to get permission from parents to get abortions. In another 1994 case, Brooklyn Law School’s Family Law Clinic represented a lesbian woman attempting to adopt her partner’s child. In 1993, Idaho Legal Aid Society sued a rural family that had adopted a half-Sioux child to return the boy to tribal lands on the grounds that Indian cultural integrity trumped ordinary adoption rights. [47]

The LSC and its grantees have worked to protect illegal immigrants. In 1994, California Rural Legal Assistance and the ACLU campaigned against California’s Proposition 187 to deny illegal immigrants public benefits, and then sued the state to stop its implementation after passing. In 1992, the National Immigration Law Center sued the state of California to prohibit individuals seeking state-financed emergency coverage from disclosing their immigration status. In the 1980s and 1990s, Atlanta Legal Aid attempted to stop the federal government from deporting Cuban immigrants convicted of serious crimes including attempted murder and drug trafficking. [48]

The LSC and its grantees have protected affirmative action in government institutions. In 1992, Legal Aid Society of Cincinnati defended the Cincinnati government’s 18% black quota for firefighters against a group of white applicants who sued after being rejected for jobs despite achieving high scores on the civil service exam. In 1978, the LSC filed an amicus brief in the Supreme Court to support the University of California’s affirmative action program. [49]

The Legal Services Corporation and its grantees have been periodically accused of misallocating funds and overspending,[50] which President Donald Trump has used as a justification for defunding the organization. [51]

An inspector general report from 2019 found that the LSC had spent $17,000 on cakes and flower arrangements to attract attorneys. [52]

In 2017, LSC grantee Legal Services of North Louisiana was investigated for violating federal guidelines regarding equipment purchases and hiring practices, and for buying 1,000 shot glasses. The LSC ended its $1.5 million annual grant and the organization shut down in October. [53]

In 2009, when the LSC asked for a $50 million budget increase, U.S. Senator Charles Grassley (R-IA) issued a letter detailing “a series of scandals involving embezzlement, fraud, misuse of money, and shoddy financial controls.” [54] Incidents concerning the LSC and its grantees investigated by the US Government Accountability Office (GAO) included:[55]