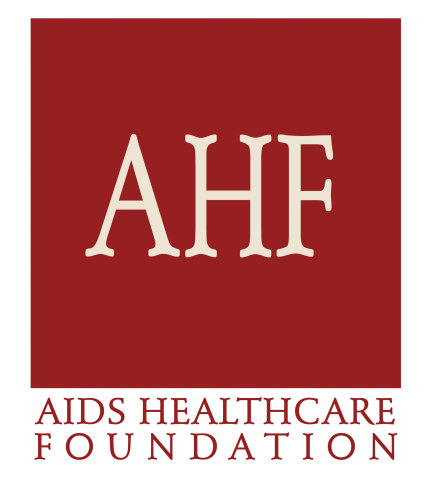 The AIDS Healthcare Foundation (AHF) is a California-based organization that provides medical services to people with HIV/AIDS. The organization has also funded, sponsored, and supported left-wing ballot initiatives on drug prices, housing, and other issues in California and across the country.

The organization is led by one of its co-founders, Michael Weinstein, described by the New York Times as an “ex-Trotskyite.” Weinstein has become a controversial figure among AIDS activists because of his issue stances, including opposing the use of Pre-Exposure Prophylaxis (PrEP), an HIV infection preventive. [1]

The vast majority of the group’s revenue comes from its network of clinics and pharmacies that treat over 41,000 patients in the U.S. Most of their patients have their insurance claims paid by the government through Medicaid. [2]

Unlike most AIDS activist organizations, AHF is a strong opponent of the pharmaceutical industry. [3] It has supported unsuccessful ballot measures in California and Ohio that would impose price controls on prescription pharmaceuticals.

In 2016, AHF was the major supporter behind California Proposition 61, which would have restricted California state agencies to spend on prescription drugs what the U.S. Department of Veterans Affairs spends. AHF contributed the vast majority of the $19.9 million spent in support of the measure. [4] The measure failed by a vote of 53% to 47%.

In 2017, AHF was the major financial supporter of Ohio Issue 2. The measure would have limited the amount Ohio state agencies spend on prescription drugs to the amount the U.S. Department of Veterans Affairs spends. AHF provided nearly all of the $18.29 million spent by Ohio Taxpayers for Lower Drug Prices, the group organized to support the ballot initiative. [5] The measure failed by a vote of 79% to 21%.

AHF is “virtually alone” among public health experts and AIDS activists in opposing PrEP, a preventive drug for those at very high risk of HIV infection. Weinstein told the New York Times believes that PrEP will discourage condom use and encourage users to engage in risky sexual activity. [7]

Ernest Hopkins, the director of legislative affairs for the San Francisco AIDS Foundation said of AHF’s opposition to PrEP, “If you’re prepared to say whatever you want and lie and demagogue and misrepresent the facts, then you can get a lot of airtime, and you can also persuade a lot of people.” [8]

In recent years, AHF has entered the debate over housing issues. In 2017, AHF supported Measure S in Los Angeles, which would have curbed development in the city over two years. The measure failed at the polls. [9] It also opposed California Senate Bill 35, a law to limit environmental and planning reviews for housing construction which passed the California legislature and was signed into law. [10]

Also in 2017, the organization created an affordable housing division. Its first project was renting out the old Madison Hotel and renting out rooms for $400 a month. It prioritized those suffering from HIV and other serious illnesses. [11]
In 2018, AHF joined ACCE Action and the Eviction Defense Network in filing a proposition to repeal California’s Costa-Hawkins Rental Housing Act, which limits the ability of cities and counties to impose rent control. [12] It made the ballot as Proposition 10 and was defeated by a vote of 59% to 41%. AHF provided the vast majority of the money spent in favor of the proposition. [13]

In 2019, AHF came out in favor of legislation that would create a government-run single-payer healthcare system in the U.S. AHF also launched an online petition drive in support of the legislation. [14]

AHF owns and operates a network of clinics around the world that have treated over a million patients globally. It is the largest nongovernmental AIDS treatment organization in the world. The first clinic opened in February 1991. [15]

AHF also owns and operates a nationwide chain of pharmacies. The first one was opened in October 2000. The pharmacy is unique in that it employs specialists who are trained in HIV treatment which meets the needs of HIV patients nationwide. [16]

AHF actively recruits for new patients. It has a sales team that is responsible for finding new patients, whose medical bills are mostly paid for by government programs such as Medicaid. To do this, AHF representatives scour homeless shelters, hosts parties at gay clubs, and deploys mobile testing vans to HIV hot spots. AHF sales reps also cultivate networks with local doctors. Salespeople are reportedly compensated based on the number of patients they recruit, receiving $300 commissions for the first two anti-retroviral prescriptions filled by a newly recruited patient. [18]

The AHF has a network of affiliates called the AHF Federation. Among the members are:

Weinstein, with his best friend Chris Brownlie, would form the AIDS Hospice Foundation in 1989, which focused on providing AIDS patients a respectful, peaceful atmosphere to die. Brownlie would die in that same year of AIDS-related complications. [27]

In 1990, the AIDS Hospice Foundation would become the AIDS Healthcare Foundation as anti-retroviral drugs became available. It changed its mission from hospice care to providing healthcare for those living with HIV/AIDS. [28]

AHF has been under near-constant litigation for unethical business practices. Among the allegations leveled at AHF are union-busting, giving kickbacks to patients, overbilling government insurers, and bullying funders into denying grants to institutional rivals. AHF denies all of these allegations. [29]

In 2015, three former managers sued AHF alleging it defrauded Medicare and Medicaid of $20 million. The lawsuit alleged that patients were paid $50 if they used AHF services. [30]

In November 2022, the AHF issued a statement condemning the pharmaceutical industry – namely the major Covid-19 producers, Pfizer, Moderna, and Johnson & Johnson – for their “manipulative tactics to force countries to choose between lifesaving medicines or their economies taking a financial hit by drug companies threatening to withdraw investments.” This was in response to reports by Politico which claimed that between January 2020 and September 2022, European Commission officials met with members of pharmaceutical lobby groups over 360 times whereas civil society groups that claimed to advocate for “vaccine equity” met only 60 times with EC officials during that same period. In addition, the report further states that the largest of these pharmaceutical lobbying groups had spent over 30.7 million euros to lobby within the EU between 2020 and 2021. During their statement, AHF president Michael Weinstein stated, “We urge governments to address this conduct immediately as a threat to national and global health security – particularly during crises like the Covid-19 pandemic.” [31]

AHF gets most of its funding through its healthcare services. The bulk of its money comes from its pharmacies. It is a participant in the 340B Drug Discount program, which allows it to buy drugs directly from pharmaceutical companies at a 35% discount. But the discount is not passed on to insurers who must pay the full 100% of retail. It allows pharmacies to keep 35% of the drug cost as a roundabout way to subsidize drugs for the poor. [32]

AHF also operates a chain of thrift stores across the country called Out of the Closet.

According to AHF’s 2015 tax return, it generated $317 million in total revenue. It made $216 million in mostly pharmaceutical sales, $47 million from Medicare, $24 million from its affiliates, and $6 million from patients. It spent $253 million to support its operations.

Among the organizations it gave grants to was the far-left Movement Strategy Center. It gave that organization $20,000.